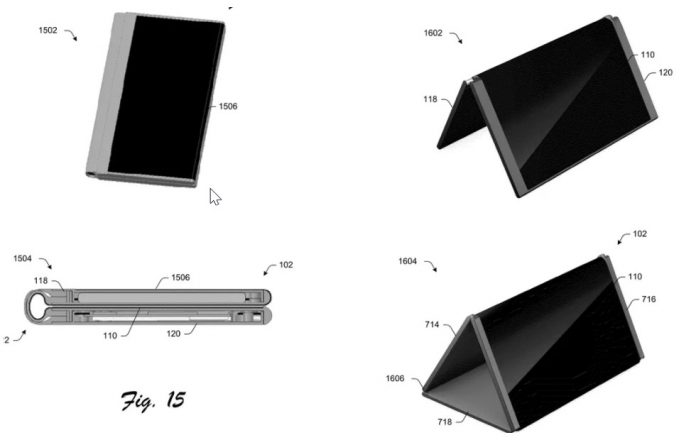 We keep hearing about this Microsoft Andromeda project, but details are never clear. The latest info about it includes a holographic display somehow. Since Windows Mobile is out of the picture, Surface Phone too, the best we’re going to get is a Surface Note thingie probably.

We’ve heard of an Andromeda foldable tablet, which was inspired by the dead Courier e-reader. Since the device is pretty sure to get two screens, one of them is basically going to be holographic according to the latest info. If this is real, the Andromeda would be the first holographic mobile device. Actually, not exactly the first, since RED also has a holographic display handset coming.

The project is said to include Alex Kipman in charge of hardware, who is known for developing and pushing Microsoft’s Mixed Reality platform. We’ve recently seen the ZTE Axon M debuting, so we know there’s potential for dual display foldable machines, but holographic? That’s just sci fi, man. The problem is that I can bet it uses a ton of processing power and battery, too. It may be something lost in translation, between the “HoloLens” and “Holo”graphic display of a mobile device.

Things have to be cleared between big companies too, because Google had an Andromeda project and Microsoft has an Andromeda project and Mass Effect Andromeda is a thing (was a thing). I wouldn’t be surprised if Apple also has a project with this name. Of course, the whole holographic dual display machine is going to be a super limited edition device, like the Galaxy X from Samsung, so don’t get hyped.

Microsoft Surface Team Working on iMac Rival, With a Design that...