Remember when LG was getting crazy on the tablet market? When they made a tablet that had a 3D camera and 3D display? Those times are long gone and now they’re only flirting with the segment through cheaper 8 inch models, or some experimental devices, like the one below. This device shown here is the LG ThinQ WK9 Google Assistant Touchscreen Speaker and it combines the attributes of a tablet with the ones of a smart speaker.

This year’s CES 2018 brought us quite a few smart speakers with Google Assistant, many of them based on Google’s latest platform of the short. Among the partners we find names like Lenovo, LG, JBL and many many more. Setting the LG ThinkQ apart from the crowd is a high sound quality system from Meridian Audio. Two such speakers are flanking an 8 inch screen and there’s also built in Chromecast here. 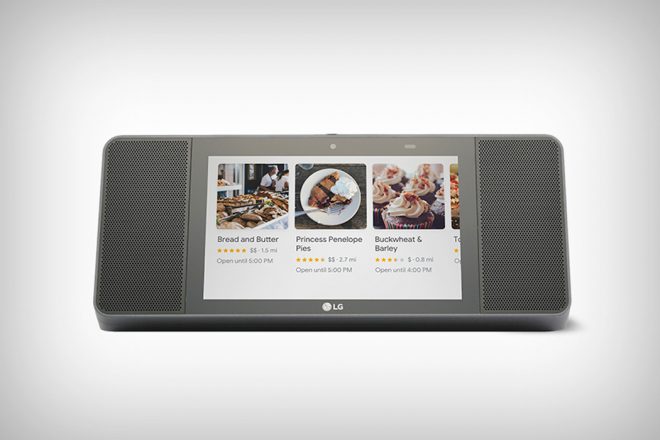 There’s a front facing camera for video calls via Skype or Duo. WK9 uses AI technology to learn the way the device is being used in a way that makes it smarter as you use it more often. It can remember usage habits and data, plus anticipate your needs and activities. You can also control it via a smartphone that has the LG ThinQ app preinstalled. 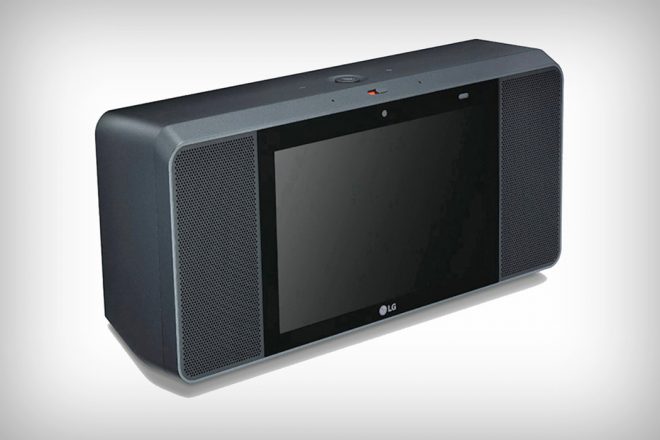 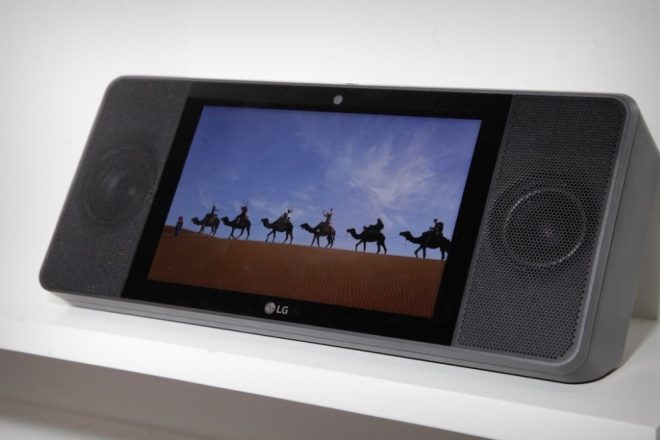