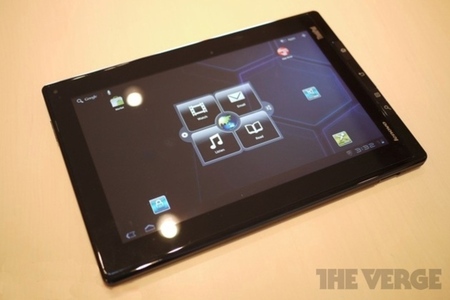 Lenovo ThinkPad is a blast from the past, since late last year we got to review it and we weren’t too happy with the product. It was clunky, bulky, had useless physical buttons and a stylus that was way too big for its own good. Now the device gets Android 4.0, apparently only in some regions of the world.

In a comment on the Lenovo forums there was a company representative saying that the UK and WE versions of the update will ve arriving over the air right about now and US certification is scheduled for June 8th. The rest of the world will have to wait a month or so after that. Meanwhile, members of the forum reported receiving the update early and they claim that it improves lots of things, like the GPS, also speed increases and it gets compatibility with Chrome Beta for Android, among others.

I wonder if there will be a special suite for the stylus on board, like the one Samsung offered for the Galaxy Note once Android 4.0 came. From what I remember the ThinkPad had a very cool handwriting recognition function. Could that evolve into something more?