Huawei is preparing even more laptops, expanding those products into the Honor range. They’re now prepping a device called Huawei Honor MagicBook, which recently appeared in a bunch of teasers and would be leaks. We have some details below, but we have a feeling it may be a hoax.

Honor is supposed to work as sort of a brand separated from Huawei, as it had its own autonomy (sort of). They promote their own handsets, leave the name Huawei aside and focus on the Honor brand and online sales. It may also be used to duck the Huawei restrictions in USA. Anyway, after a bunch of solid Honor phablets, the series now includes a laptop, known as the Huawei Honor MagicBook. 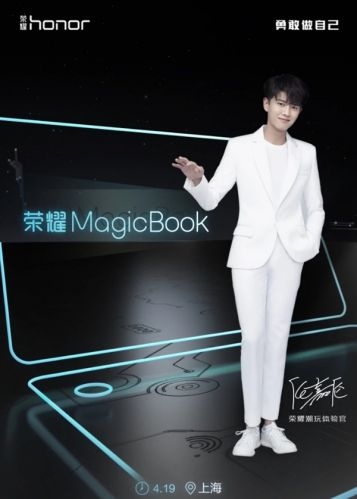 It’s expected to arrive on April 19th, the same date when the company is expected to unveil the Honor 10 smartphone. Judging by the posts from Chinese social media, we are about to get a sort of Lenovo Yoga Book which supports the feature of video messaging using Covideo competitors. We could see two touch surfaces, one serving as the screen and the other as the touch keyboard. The name “Magic” is throwback to the Honor Magic, which was a concept phone made by Huawei with curved case and very narrow bezels. It was ahead of its time.

It’s important to mention that some sources believe this to be a late April Fools joke, so don’t ready too much into it. Taking into account the fact that Honor products are typically cheaper, this won’t cannibalize the MateBook lineup, but rather complete it with cheaper products.