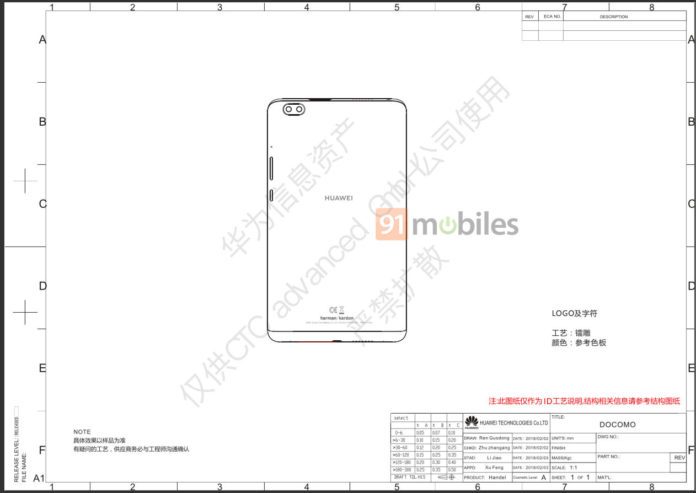 Huawei doesn’t like to overcomplicate things with its products, so it stuck to its guns as far as the tablet market goes. They’ve got the MediaPad and that’s it. Now they’re prepping some more goodies, according to a recent FCC certification. The latest unveiling was the MediaPad M5 at MWC, but now they seem to be prepping something called the Huawei Dtab Compact.

This is a tablet that was spotted over at the FCC and the full name is actually Huawei Dtab Compact d-02K. The device’s listing shows that it’s headed to the Japanese NTT DoCoMo telecom operator. It’s been certified for support for FDD-LTE and WCDMA bands. The sketches on FCC also show that the tablet will have Harman-Kardon tuned speakers at the bottom.

That’s also the place where you’ll find the microphone and microUSB port. A quick Google of the Dtab tablet brand brings up results related to DoCoMo, so this may end up as a Japan-only exclusive, that will not excite many buyers. We covered such devices over the past years and they were made indeed by Huawei, which didn’t brag about them too much. Dtabs are generally large machines, 10+ inchers with Full HD screens and generous speakers.

Media consumption seems to be the purpose and a Kirin CPU ticks inside.

ASUS Preparing 10 and 7 Inch Tablets in the MeMo Pad...