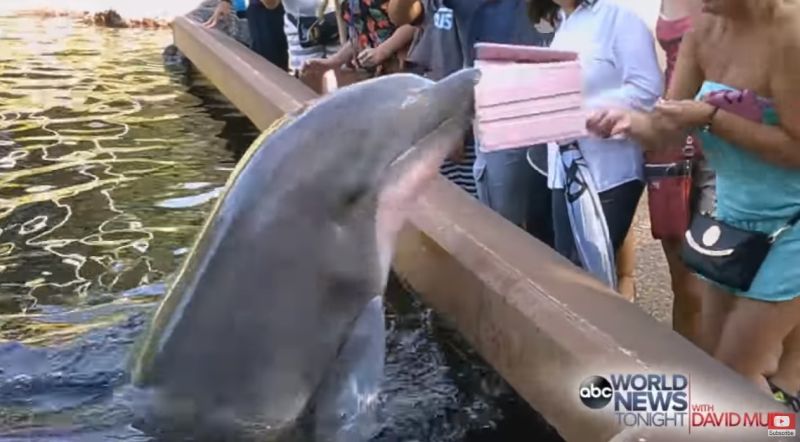 Taking pictures with tablets and filming with iPads isn’t the habit of douchebags anymore, since I’ve seen even police forces or notaries using Apple’s slates. However, using such a big device makes you prone to have it snatched from your hand by humans…. or other mammals. A recent incident at the Orlando Sea World saw a woman getting her iPad snatched from her hand by a dolphin. 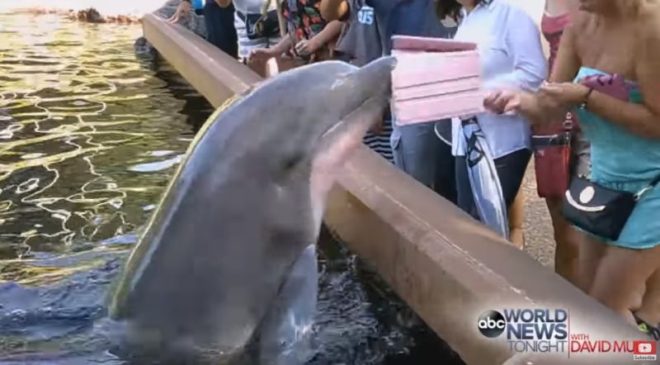 She was using the slate as a camera, to film and take shots of the beautiful creatures around, when a dolphin pulled the iPad from her hand and it landed on the water. Luckily, the protective cover allowed the device to float for a bit, so water damage wasn’t extreme. Interestingly, the lady had an iPhone in her other hand, so she could just as easily use that to take vids and pictures.

However, she must’ve been playing Pokemon GO on the other device, probably… Anyway, I think there’s a logical explanation for this, as the pink cover of the iPad may have looked like salmon or tuna to Flipper and he got all excited and snatched it as food. I imagine monkeys would do worse at a zoo with an iPad in their hands.