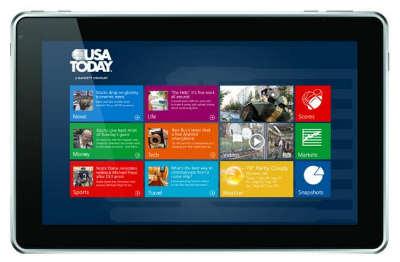 Dell may have been out of the tablet game for a while now, but they’re quietly working on something new, apparently a Windows 8 tablet for the business segment. The info came through Dell CEO Michael Dell, who also said there’s a growing demand for a slate that runs the next version of Windows, in order to move away corporate suits from the iPad.

Dell’s business-friendly device with Win 8 will be launched on the same day as the new Windows becomes available, said the same CEO to the Bloomberg West television show. Windows 8 is supposed to debut later this year, although we don’t have an exact release date. Microsoft’s Office apps will certainly be the main appeal here and no matter how much devs tried to port them to the Apple world, it’s still not the same experience. The Dell slate also promises connections (secure ones) to corporate networks.

This sounds very much like what HP promised before the TouchPad was unveiled and it failed miserably to deliver. It’s true that the OS and hardware didn’t help much, but Dell may have learned something from its rival’s experience. It’s sad to see Dell only looking for a niche market, when the first Streak model was actually a decent attempt with Android… maybe they’ll go back to that series some day.