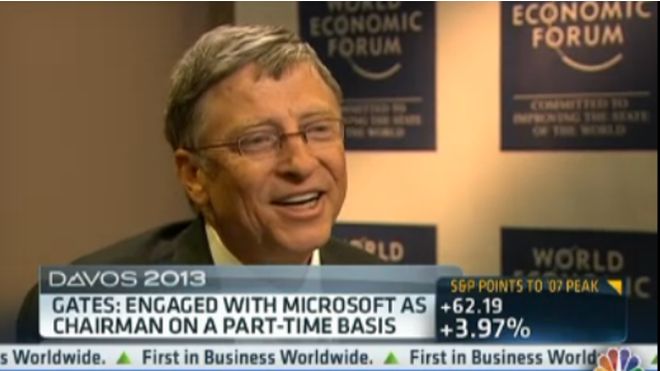 Microsoft’s heading with the launch of the Surface tables seems to be the right one in a world where everyone puts a price on mobility more than anything else. While the Surface RT has gathered its number of fans more is expected from the Surface Pro said to arrive next month.

Microsoft has sold 60 million licenses for Windows 8 so far and even though the number is that that impressive the direction of the new OS is good given that it sits apart from the other versions. About the Surface tablets Microsoft’s former CEO had a chance to state his opinion and it’s a good one. Bill Gates states that the Surface tablets have “done well” even without his full involvement.

With the launch of the Surface Pro tablet Microsoft will finally add the piece that was missing from what promises to revolutionize the PC Era. The tablet that provides a complete desktop experience, in a minimalistic form factor will do a good job attracting costumers and fans given its potential for development. The device is powered by an Intel Core i5 CPU packing Desktop class performance in a great package.