ASUS has started taking preorders in Taiwan for the Fonepad 7 inch slate with phone features, the one that was announced at MWC 2013. We handled the device in Barcelona and it looks like an appealing device and sort of a Nexus 7 follow-up.

The product runs on Android 4.1 and it has 3G connectivity, as well as full telephony support. The FonePad will be available to purchase in store by the end of March, starting with a price tag of $302 for the 16 GB model. That’s a bit higher than the $283 price tag announced in Barcelona and some people may be bummed out by that.

Focus Taiwan is saying that the FonePad will be sold through Chunghwa Telecom, one of the biggest telecom operators in Taiwan. This means that we could see the device sold through other carriers all over the world, maybe even subsidized. Chunghwa already started that, so the FonePad will be available for free, with a 2 year contract. Expect an European launch by the end of April. Just so you know, this device packs an Intel Atom Z2420 processor, a 1280 x 800 pixel 7 inch display with a 178 degree view angle and 10 point multi touch. 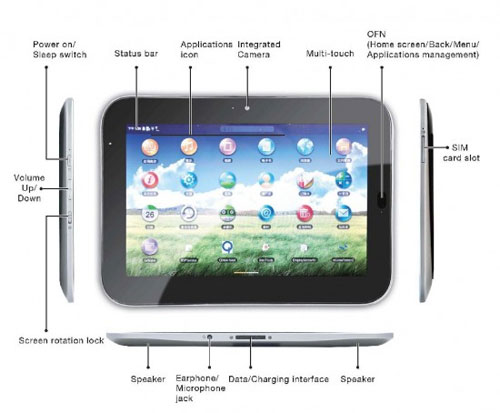