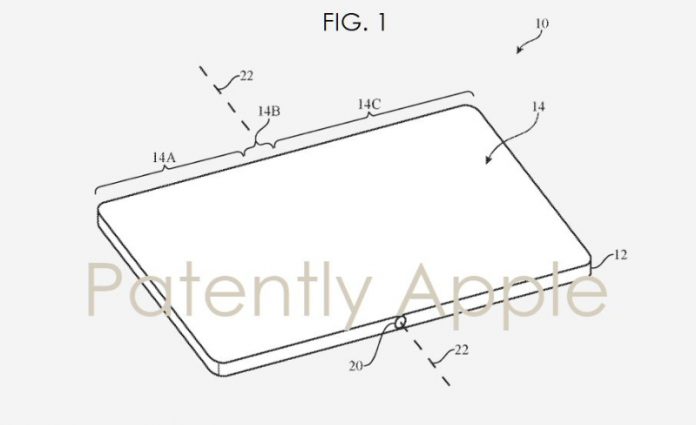 Apple is definitely not afraid to take risks, as shown by their trashcan Apple Mac and their cheese grater Mac Pro. Anyways, they’re dabbling into foldables now, we’ve shown you that much, with the recent patent leaks. You’ve all heard about foldable iPhones, but what about a foldable iPad Pro?

In February this year an Apple patent application referred to a a future foldable device. It involved a method of keeping the fold area of a device from cracking over time. Apple got more patents over the past weeks related to foldables. These ones mention tablets and even laptops. If you’re going to implement a new and risky technology it’s a smart idea to go from bigger to smaller, so a foldable iPad before a foldable iPhone makes more sense.

From what we’ve heard from the source of the info, it’s very likely that Apple will pull out of the that something similar to the Lenovo foldable laptop, as early as next year. That device feels experimental and futuristic, although Unbox Therapy seemed to like it during the first contact. Apple know it’s not going to be the king of tablets forever and MacBooks aren’t selling that well.

They may bank on a hybrid for the best of two worlds and a new way to make things more compact. The problem is with resilience, something that Apple never excelled in. They’re the creators of #Bendgate, after all…