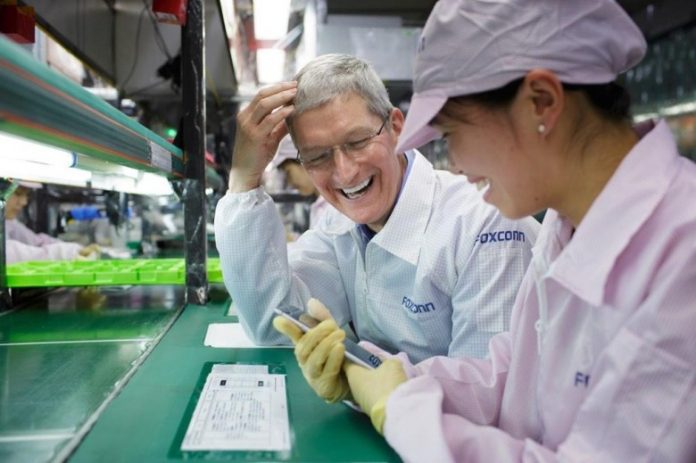 Apple’s now said to be moving its production from China to other countries, nations we were expecting. India and Vietnam come to mind and those are actually the prime destinations for the Cupertino giant. It all comes in the context of the current US-China trade war.

It all started with the rumor that Apple contacted it suppliers and asked for an evaluation of the cost of shifting 15% to 30% of production from China to Southeast Asia. Apple’s share price already had to suffer on account of the trade war and new Trump tariffs could hurt Apple further. Basically, products manufactured in China will be taxed extra and the iPhone prices will skyrocket, see here for more.

Experts and analysts also warn that Apple has reasons to worry about Beijing – Washington tensions, lower birthrate, higher labor costs and centralizing production too much in one nation, China. Of course relocating manufacturing may be troubling for some suppliers, for working with Apple pays big time. Companies named by the source include Foxconn, Pegatron, Quanta, Compal Electronics, Inventec, Luxshare-ICT and Goertek.

Countries chosen for relocation include Mexico, India, Vietnam, Indonesia and Malaysia. India and Vietnam are actually the favourites, especially for smartphone manufacturing. The report also claims that Apple has yet to set a deadline for manufacturers to finalize a proposal. This has already started in some way, as Apple supplier Wistron started making iPhones in Bangalore, India.

Pegatron also wants to move production of MacBooks out of China. Foxconn was also working on an US factory, but it seems to have stalled.