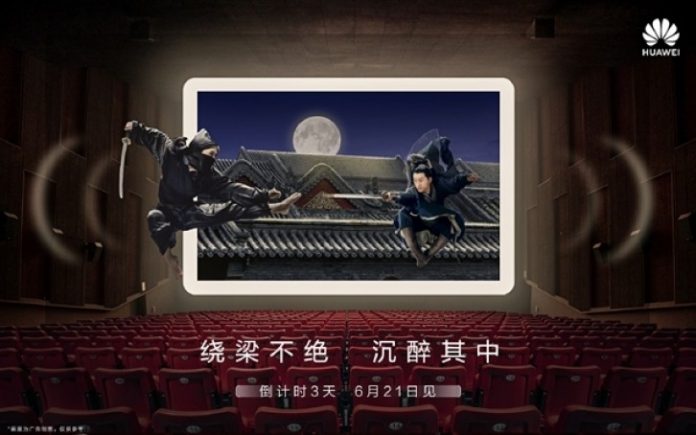 Huawei has a big event scheduled for this Friday, when it’s going to be unveiling both tablets and phones. We’re talking about the Huawei Nova 5 devices, plus the MediaPad 6 tablets. The latter models have just leaked in a few renders, with details included.

One of the devices will be an 8.4 incher, while the other is a 10.7 inch slate. Aside from the different diagonal, there are other changes. The smaller tablet is focused on a Portrait orientation, while the bigger one is all about landscape. Oddly enough, the big tablet still has a physical Home button on the side with a fingerprint scanner. 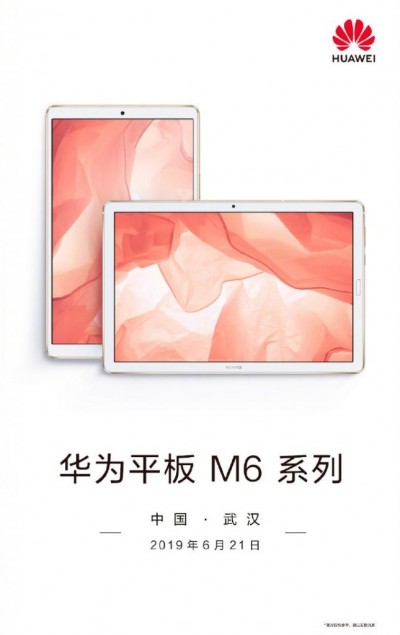 Huawei MediaPad M6 10.7 inch is a landscape machine and these newcomers are expected to pack quad speakers, with Harman Kardon acoustics possibly, or at least Dolby Atmos. Kirin 980 or Kirin 970 processors are expected inside, plus big resolutions, of 2560 x 1600 pixels. The main cameras will be 13 MP shooters and the selfie ones 8 MP cams. Battery capacity is 4200 mAh and 7200 mAh respectively and I personally would see 4 or 6 GB of RAM here, maybe even 8 GB.

White and champagne gold are the color choices here, while the software is likely Android 9.0 Pie and EMUI 9. Maybe stylus interaction is also on the table.