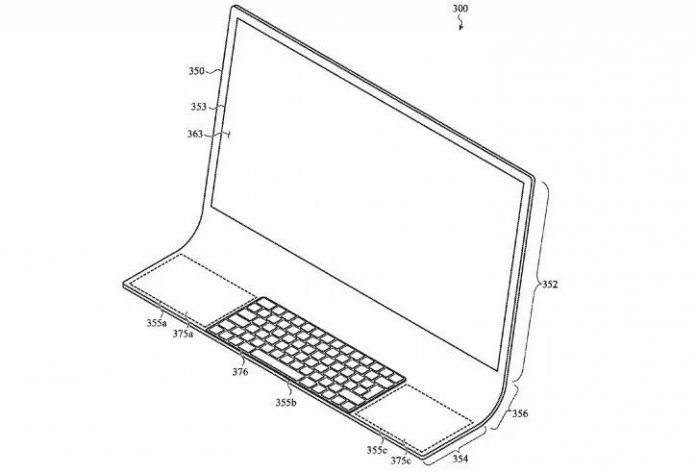 While we’re wondering when Apple is going to launch that rumored MacBook-iPad hybrid, We’ve come across a pretty amazing feat of design shown in a patent. It’s an all in one iMac fully made of a single slab of glass. One can’t help but wonder if it came from the amazing mind of Jony Ive or not.

Of course, a patent is just a patent, but it sounds pretty impressive. Apple has patented a brand new iMac design, that’s made from a single piece of glass. It embeds a display set on a “wedge’ housing that Mac’s components. It would also work as a docking station for a laptop. While it looks pretty stunning, it’s also rather angular and I think Apple would probably go with something more curved and maybe put some holes in it, for the sake of being different and viral reactions, like the new Mac Pro had. 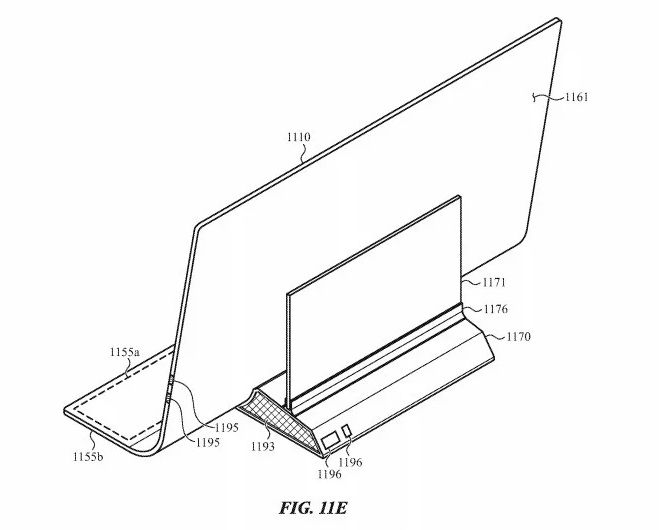 The display of this new iMac is embedded in the glass and the whole frame is supported by a edge, that hosts the major components. A MacBook could be docked in the lower section of the device, where a keyboard would fit. The problem is that it’s very hard and expensive to work with glass and mold it into shapes like these. If Apple is willing to make glass contort this way, they may as well venture into foldables. Apple last updated the iMac in March last year, but only with specs, leaving the design the same. 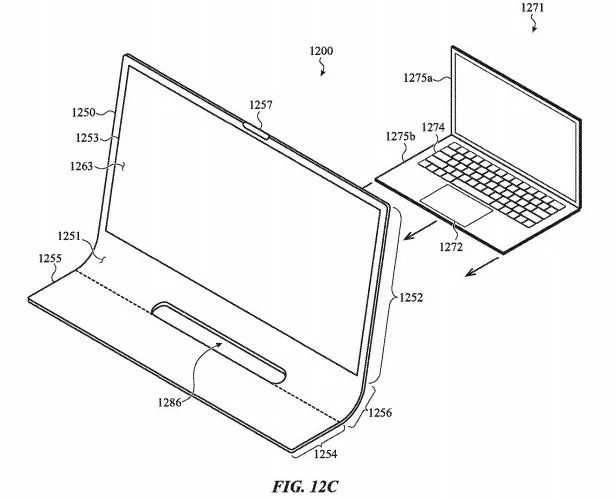 Glass is a trendy enough material, but also rather fragile and very shiny. Interestingly, the documents propose that the curve of the glass may be adjusted to various scenarios. Flattening the curve makes the Mac easier to transport and folding it up is also an option. I guess we’ll have to wait and see. 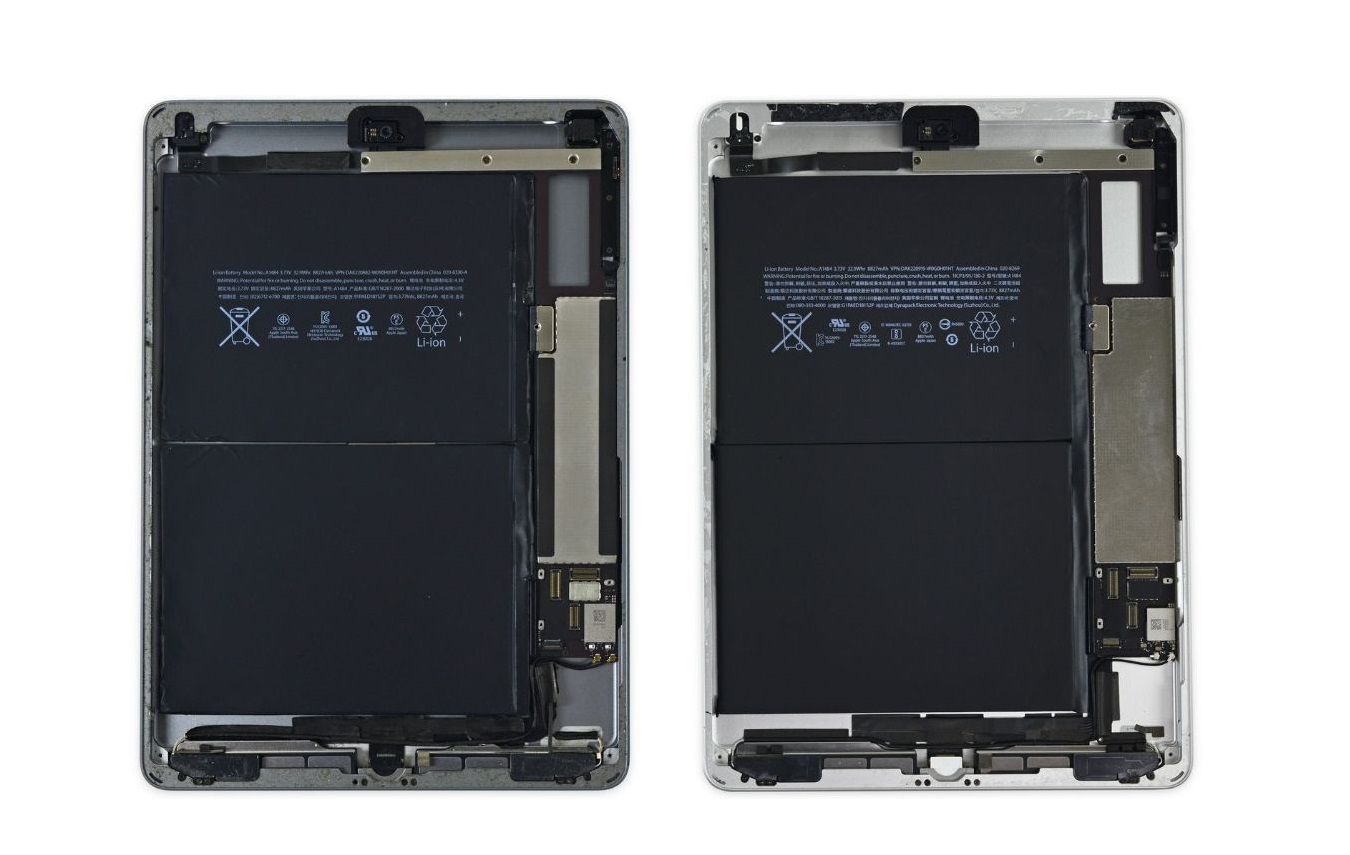