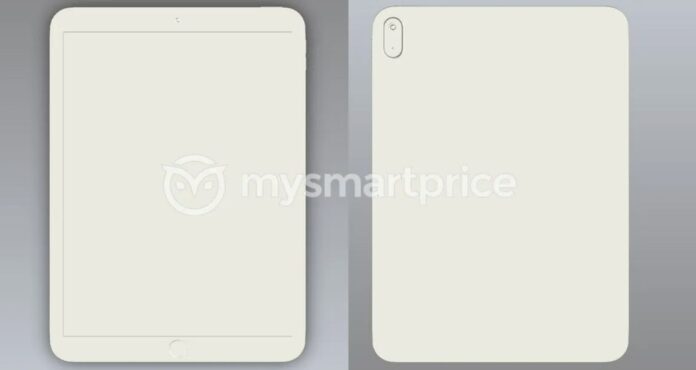 Apple announced its 9th gen iPad, the entry level model back in September 2021. We had 9.7 inch entry level iPads for a while now, but back in 2020 it changed to 10.2 inches. And now we have renders pointing at a potential change or two for the 2022 budget iPad.

The CAD renders of the device point towards a large bezel machine, with a Home button with ID still and also with rather large side bezels. These CAD renders have been exclusively shared by MySmartPrice. This is the 10th generation iPad, with a potential USB-C port at the bottom. There’s a red dot on it, so we’re not quite sure it’s not still a Lightning port.

The back side hosts the main camera, a singular one with LED flash. We also see speaker grilles at the bottom, with a quad speaker setup, while the other two speakers are at the top side. Rumors say that the iPad 10th Gen has an Apple A14 CPU inside, the one from the iPhone 12 series. Some even say that we may jump from a 10.2 inch panel to a 10.5 inch or even 10.9 inch panel. 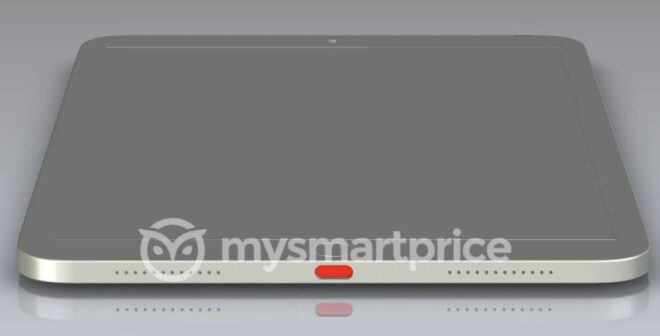 The previous gen model had an Apple A13 CPU inside from the iPhone 11 series. The new device is said to measure 248.62 x 179.5 x 6.8 mm, meaning it’s shorter, wider and slimmer than the current model. It’s most likely to debut in September together with the new iPhones, or perhaps during a separate event in October, when the iPadOS 16 will come.