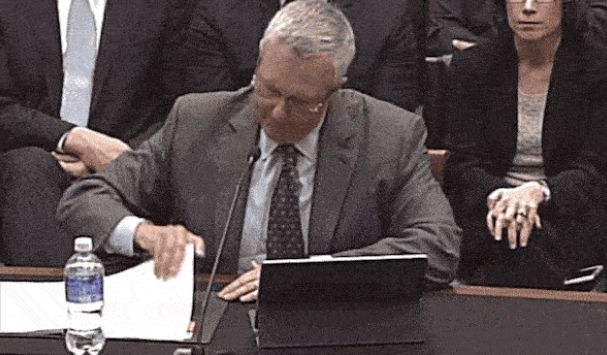 The iPad Pro has been getting excellent reviews and good sales ever since it came out, but today it gets a bit of bad press as it seems to have fumbled right in a moment when it was needed. Apple’s general counsel Bruce Sewell was speaking at the House judiciary committee regarding the Apple/FBI case and the slate seems to have misfired.

At about 3 hours, 32 minutes and 55 seconds into the speech shown on video below, the law practitioner turns to paper to read his speech as the tablet appears unresponsive or simply won’t display what he needs. The slate in question? iPad Pro and it’s either out of battery or maybe the huge PDF involved showed an error or something like that.

It’s a good thing Sewell had the binder on him, otherwise things would get tricky. We can’t help but think of those cockpit pilots who rely on iPads as digital versions of their huge flight manuals. Hopefully they have backups of backups, otherwise they’ll be in a tight spot too.