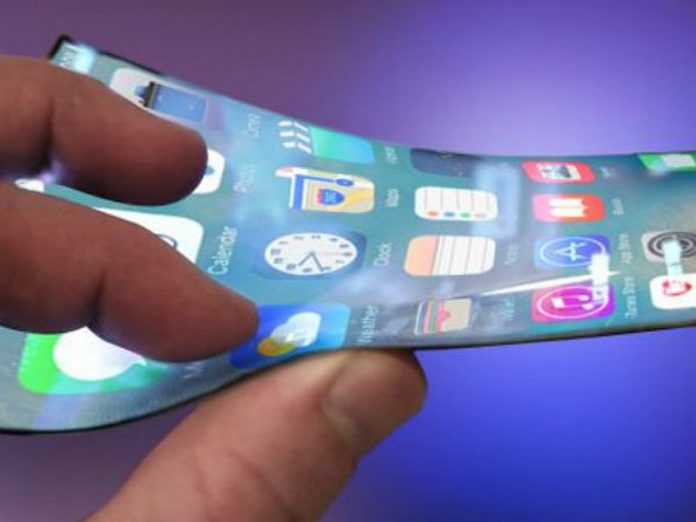 Apple keeps filing patents for foldable devices, the latest such invention being pictured below. This product is able to open up or close like a book and it should also have narrow bezels. We can’t read too much into a mere sketch, so we can speculate rather. It’s not exactly a patent for a device, but rather for a foldable display.

Samsung and Microsoft have been working on similar products for many years now, so I can’t say that I’m surprised Apple has jumped on the bandwagon. Last we heard LG was also working with Apple on this. The patent application from Apple comes via the US Patent and Trademark Office. The patent describes a way in which the display will fold up like a book. 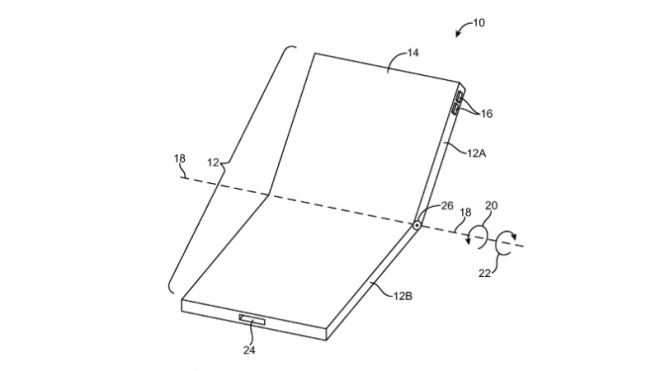 It mentions a flexible portion that lets the device be folded. It’s either that the device has a flexible display, or it’s a regular device, with a sort of foldable hinge between two screens. A bend axis is included, and the rest of the display bits go along with it. Apple has already invested money into OLED display production and new plants at Gumi, North Gyeongsang Province.

Analysts and experts believe that Apple will be ready to bring to the market its foldable phone in 2021. By that time they will have transitioned to microLED screens, it seems. What’s certain is that Apple has been moving away from Samsung, its main display supplier, trying to get other partners. TSMC has been linked with microLED displays. In the meantime Samsung keeps prepping the Galaxy X for debut next year.