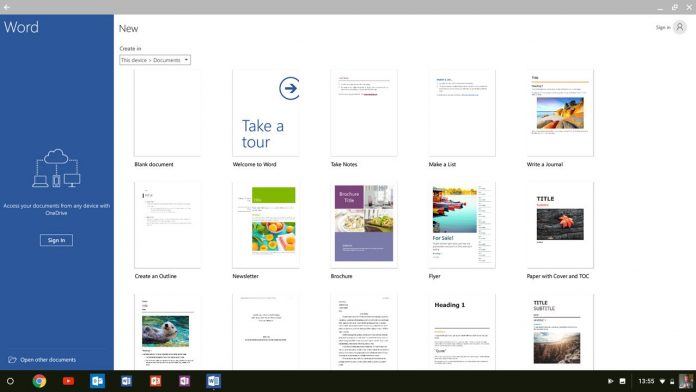 Today’s news is excellent for Chromebook owners, who finally get the much wanted feature of using Microsoft Office apps on their machines. I’m talking about Microsoft Office Android apps of course.

All Chromebooks have received those today, including the Samsung Chromebook Pro, the Acer Chromebook 15 and the Acer C771. If you’re familiar with the Android Office apps, you’ll know that they’re tablet optimized, but also not very far from their desktop counterparts. Devices like the ASUS Chromebook Flip will easily use such apps, on their 10+ inch screens. Free access is offered on smaller diagonals, but larger devices need subscriptions.

Apple and Google have been pushing their productivity suite, but Office remains the core choice for most users. With this offering and with future evolution, the Chromebooks will become full fledged machines and with the power of Snapdragon chips in the future they may even battle hardcore laptops in the future.