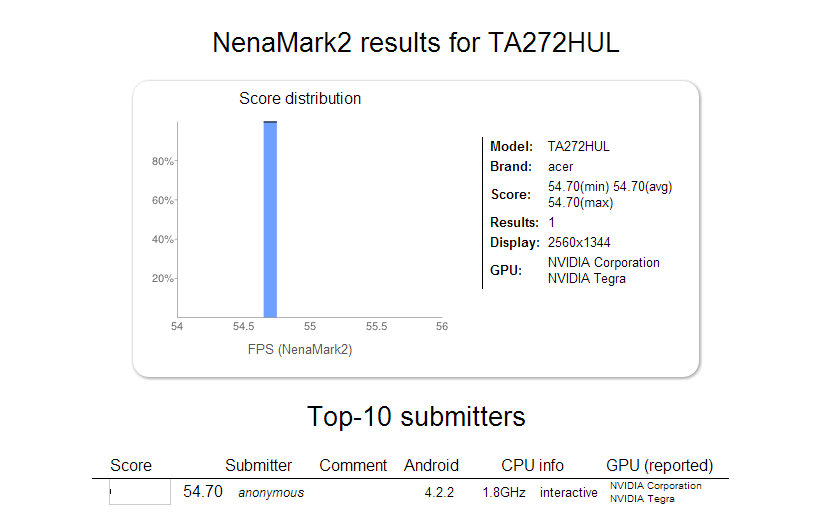 We know of a HP and ASUS tablet with Tegra 4 CPU, which is pretty much the sum of all major Android partners who have tackled this processing solution. Now, Acer seems to be joining the party with an equally interesting product, the TA272HUL, a codenamed associated with one of their slates, that popped up on NenaMark 2. 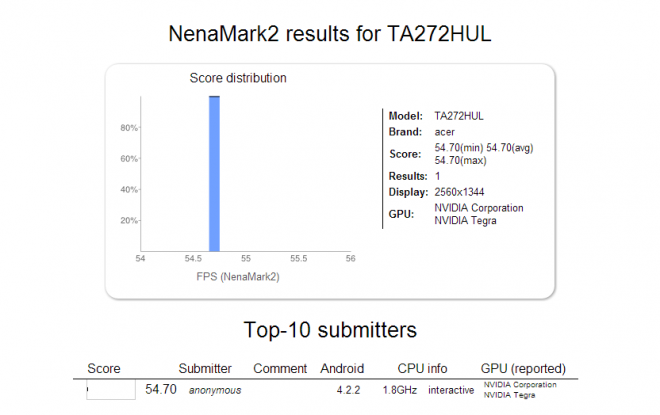 The test indicates the presence of the Nvidia Tegra 4 1.8 GHz processor, Android 4.2.2 Jelly Bean and a touch display with a resolution of 2560 x 1344 pixels. The diagonal is unknown, but if you ask me, it’s most likely 10 inches. The score of the benchmark is 54.70 FPS, which is pretty low by modern standards, but the Retina Display usually kills the score on such devices.

There’s also the PassMark benchmark, also performed recently and also confirming the existence of this Acer slate. It also shows that RAM is about 1.8 GB in quantity and the points here are 4533, more than double the score of Galaxy S III and Nexus 7. In the end, the Acer TA272HUL may be a convertible or similar device, so not necessarily a tablet. 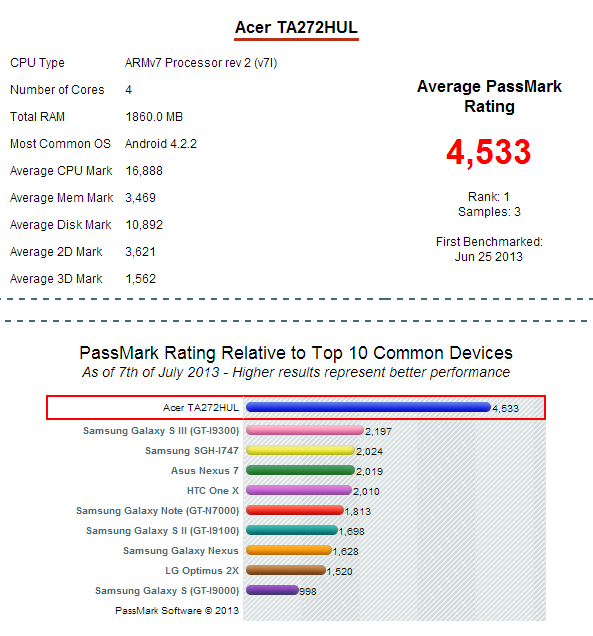 Acer Iconia Tab A500 Gets Android 4.0 ICS Ahead of Schedule