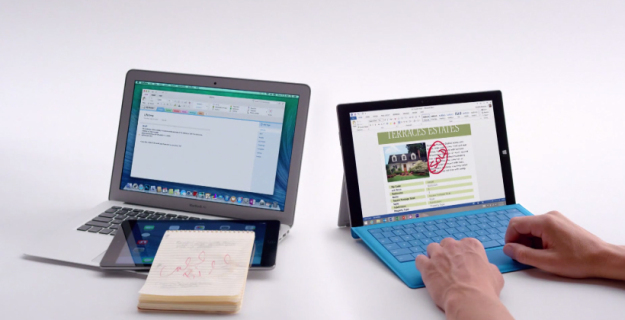 Microsoft figured out it can’t go after the iPad, so it decided to switch strategy and promote the Surface Pro 3 as a product that rivals the MacBook Air. There are already at least three ads with this theme, focusing on portability, raw power of the devices and even throwing the iPad in the mix at some point.

The idea is actually pretty good, since the MacBook is easier to beat than the iPad. You can’t stop Apple from selling tens of millions of iPads, but the MacBooks are always selling less than Windows PCs, that’s for sure. They are pricey and people aren’t as eager to replace current MacBooks with newer ones. But then again, the Surface Pro 3 is also pretty pricey… Microsoft wants to reign supreme in the segment called “premium ultramobiles”, that also includes a few products from Lenovo, ASUS and a few other companies.

Flexibility is what they’re selling and even the Lenovo Yoga series is doing them good, since it runs Windows. Also, the Surface Pro 3 has the advantage of a touchscreen, which is something that a MacBook lacks. Throw in that cool stylus and the cool detachable keyboards and you’ve got a solid replacement for a notebook, but maybe not quite for the MacBook yet. I find it hard to believe that there are people in stores right now picking between a MacBook and a Surface Pro 3…

There will always be MacBook fans, while the Surface is just a fad, if that. 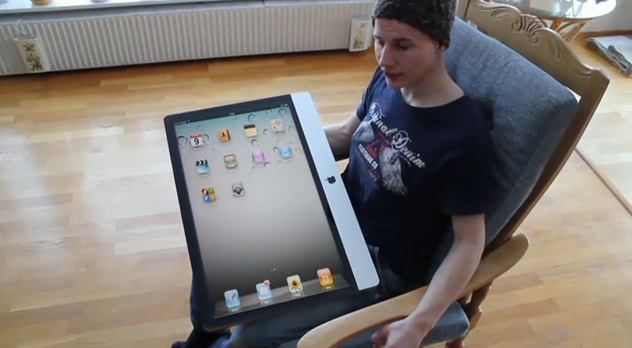