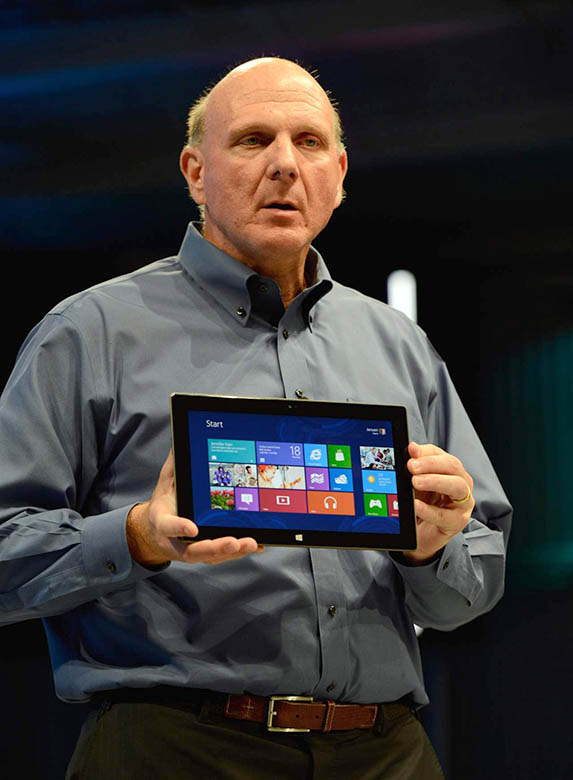 In spite of generating queues in front of Microsoft Stores, the Surface Tablets are not selling that well. Steve Ballmer, Microsoft’s CEO even said that the products are off to a “modest” start. The RT version of the Surface is available for purchase for $499 in the 32 GB version without Touch Cover. This ARM-based slate has the same price as the iPad, so it’s battling the Apple device on equal pricing turf.

However, it does not have the quality of the Apple product or the needed hype. Reviews of the slate were modest, strangely enough praising hardware more than software, although Microsoft is a software company, that is just ironic. While Ballmer said that he expects Windows Phone 8 volumes to “ramp up quickly”, he also told Le Parisien that the Surface is selling modestly, without disclosing any figures. He did mention the Surface Pro with Windows 8 and a higher resolution, plus Intel CPU, as the upcoming version of the product.

Microsoft is blaming lower initial sales of the product on lack of distribution and not low demand. They also mention that the product is only being sold through Microsoft Stores, where it’s in a limited supply. Shortages are deemed as “a good sign” by Ballmer, who also said that Microsoft will fix that problem.