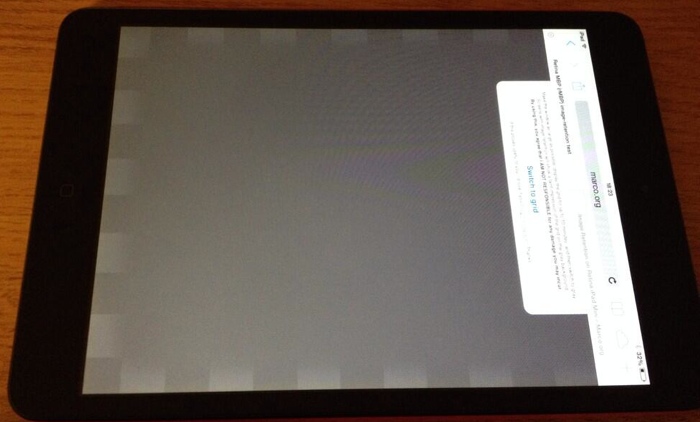 The usual problems with the initial launch of an Apple product are happening now, as the iPad Mini Retina seems to be facing some image retention issues. This was found by Instapaper creator Marco Arment, who developed a special grid test some time ago, in order to detect the issue on the Retina MacBook Pros. 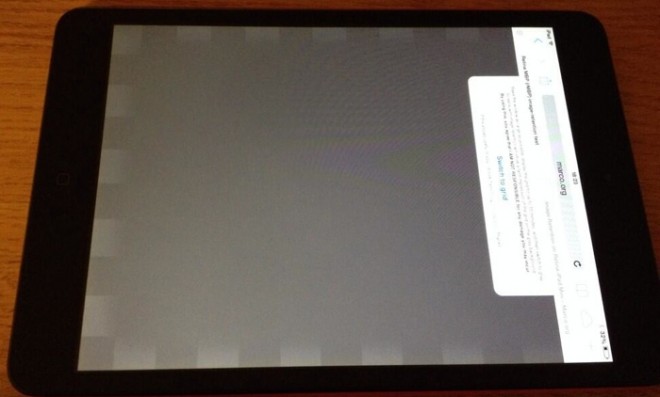 Image retention was one of the issues rumored to have caused the delay of the tablet, as other info leaked last week surrounding a burn in on the Sharp IGZO panels. It’s not yet clear how many iPad Mini 2 models are plagued by this issue, since several Twitter users who bought the slate are complaining about it.

They discovered it after running the grid test and it’s not yet clear if this issue is limited to screen panels from a single maker or others as well. Apple has been facing such problems before, as the original Retina MacBook Pro faced image persistence issues, with leftover images sometimes even leaving a mark on the screen for minutes.

Well, as long as the device is in the return window, you know what to do…