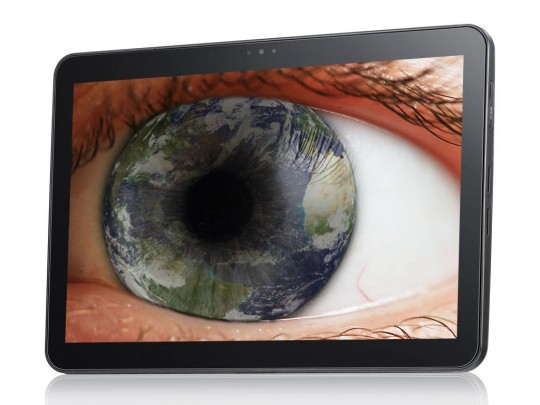 Samsung just let us know that it’s preparing 3 fresh devices, two of them being tablets and one a smartphone. I’m talking about the WiFi certification for these devices, that reveals their identities. Today Samsung confirmed that they won’t bring the Galaxy S III to the Barcelona show this month, so that’s out of the picture and we’re left with the two Android 4.0 tablets that have leaked.

Sources say that both models could use quad core processors and one of them could be the long craved for 11.6 inch model with incredible 2560 x 1600 pixel resolution. The leak I’m talking about involves two codenames: P3100 and P5100, with the P usually standing for tablets in the Samsung codename system. The P5100 could be the “Retina display” model, with that huge resolution, although a 1920 x 1200 offering seems more realistic at this point. Some even expect a brand new Windows 8 slate, or maybe an upgrade to the Galaxy Tab 10.1.

How would the Galaxy Tab 10.1 look with better camera, resolution and CPU? Of course, the design issues with Apple would have been worked out by now… I hope. What Samsung has failed to offer so far is an affordable slate, but ASUS will take care of that, with a quad core Ice Cream Sandwich 7 incher that costs $250.

T-Mobile G-Slate Available on eBay Earlier Than Expected, Priced at $800