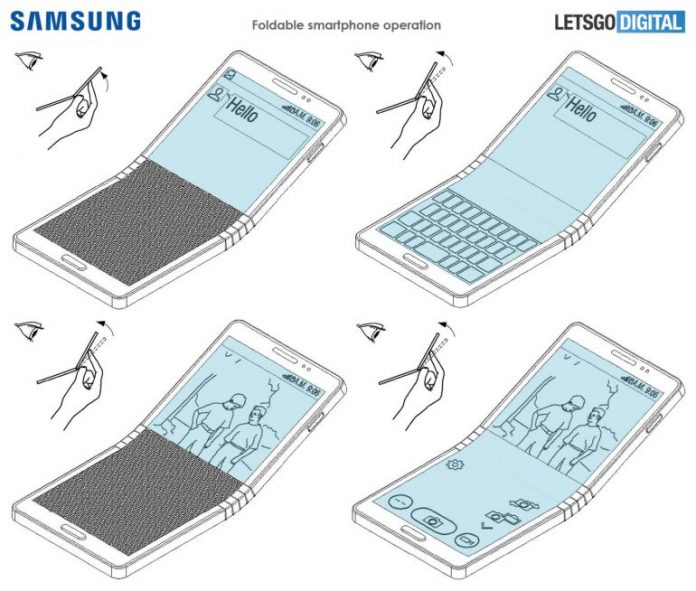 Samsung Galaxy X is getting closer and closer to the release date, rumored to be sometime around CES 2019. Before that happens we are treated to several more leaks of patents, like the latest one dating from July 5th. That’s the date when the latest patent has been granted.

It seems to showcase a vertical format a sort of narrow clamshell, that’s also longer than usual. Previously we saw devices being folded like books, on a horizontal axis. This time we get to see a smartphone that gets folded slightly, with the bottom portion making up 60% of the total. It will be left deactivated, so only the upper half will be operational. 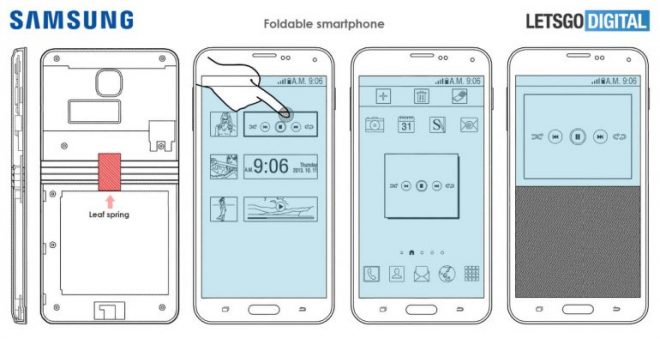 This is done via a built in sensor that will detect when the smartphone is bent, but also the angle and speed at which that is done. Another extra sensor will be able to detect how an user is gripping the rear part of the smartphone, if they’re touching the rear or not for example. If they’re not, the screen returns to the flat format. 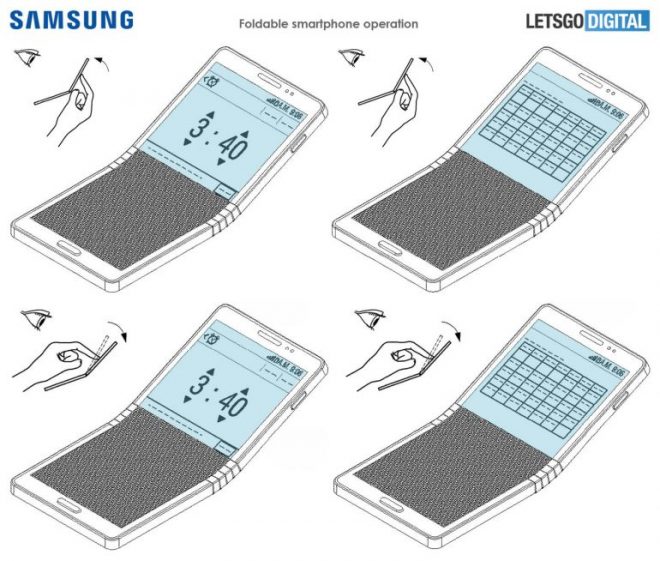 As far as functionality goes, the patents show that the top portion of the screen will be used to show relevant info when the device isn’t in use. This sounds like a second screen action, like we had on the HTC U Ultra or the curved sides of the Galaxy S7 Edge. If pressure is maintained, the bottom half of the display will be activated. 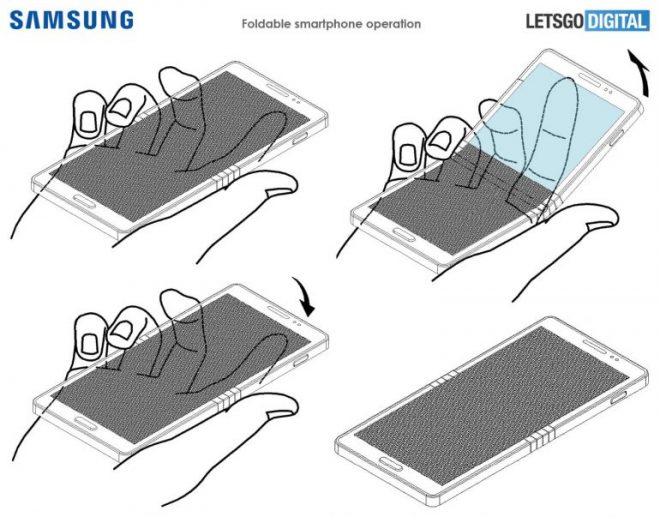 I see there’s a tendency of the two screens to work separately, according to this patent. Of course, this is just a patent and nothing should be taken for granted. CES 2019 is still the deadline and I certainly hope there will be no clamshell format. To be honest this feels like a compromise before they figure out the REAL foldables. 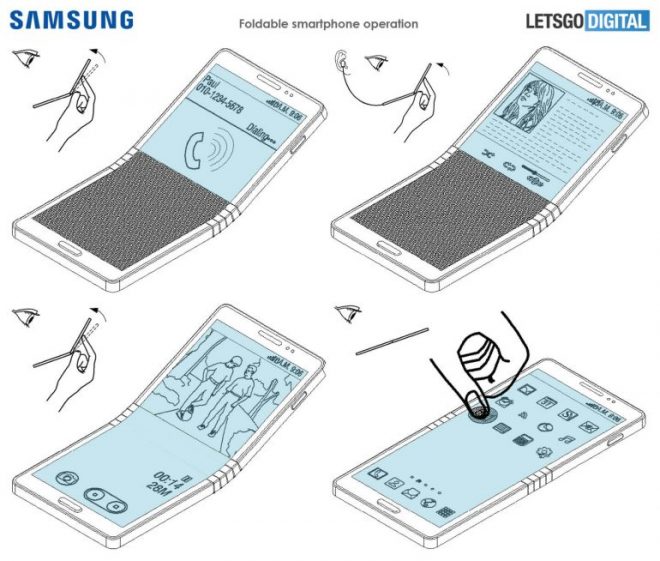 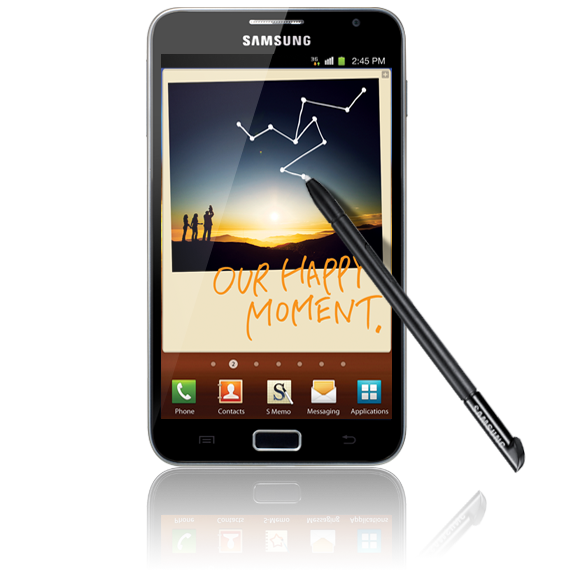 Samsung Galaxy Note Could be Rebranded to Galaxy Journal When it...