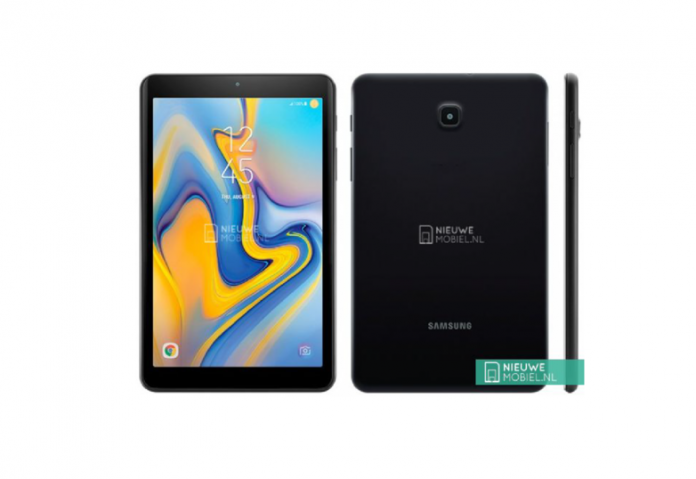 As if things weren’t complicated enough with the upcoming lineup of Samsung tablets, there’s a new model leaking out these days. It’s the Samsung Galaxy Tab A 8.0 (2018), which has just been rendered.

It comes after a few Galaxy Tab S4 leaks, some Galaxy Tab A2 slip ups and an appearance or two from the Galaxy Tab A2 XL, plus an Advanced model. Samsung Galaxy Tab A 8.0 (2018) is clearly a more budget offering, an 8 incher with a new design format. It ditches the Home button and fingerprint scanner, possibly in favour of the same high performing iris scanner as the Galaxy Tab S4.

The new tablet is much smaller than the 2017 model and while the side bezel size is pretty much the same, the format has been changed. It’s more rectangular and wide now, with the top and bottom bezel being trimmed. 7.5 mm of height have been shaved here. The device is made of aluminum and we’ve got a main camera at the back sans LED flash.

Previous benchmark listings mentioned this device with a Snapdragon 430 CPU inside, as well as 2 GB of RAM. It also has 32 GB of storage, Android 8.1 Oreo and possibly some Bixby action, at least as information aggregator. There’s no way of telling if this device will debut on August 9th with the Note 9 or on August 30, during IFA 2018.