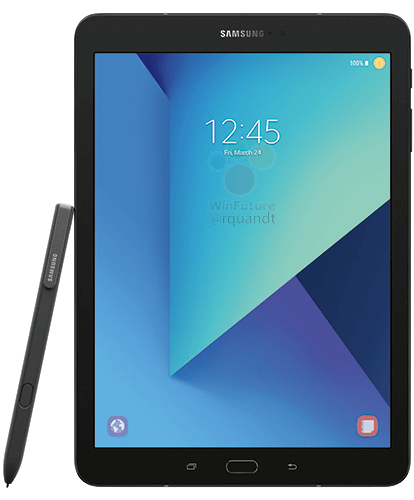 Samsung Galaxy Tab S3 seems to have taken a bit of a break from rumors lately, only to resurface today. It popped up on a German website, taking the shape of a placeholder render, with stylus included.

The resulting device seems rather rectangular and the stylus is quite massive, unlike the slim one of the Chromebook Plus. We’ll remind you that this product and tablets in general seem to be the key focus of Samsung at MWC 2017. They’ll also bring the TabPro S2 there, judging by the leaks. Back to the Tab S3, its specs have already and multiple certifications have happened.

Samsung apparently decided to give up on the 8 inch version and unlike the predecessor, this model comes with a pressure sensitive stylus. There’s no special slot for it, so it has to be kept separately. Tab S3 is said to have a 9.7 inch Super AMOLED screen, with a 2048 x 1536 pixel resolution and a Qualcomm Snapdragon 820 processor. There’s also 4 GB of RAM in the mix, 32 GB of storage and a microSD card slot.

A generous 12 MP back camera is also included, plus a 4.7 MP front shooter. LTE will also be available on a dedicated model, aside from the WiFi one. The price is said to be around $580. 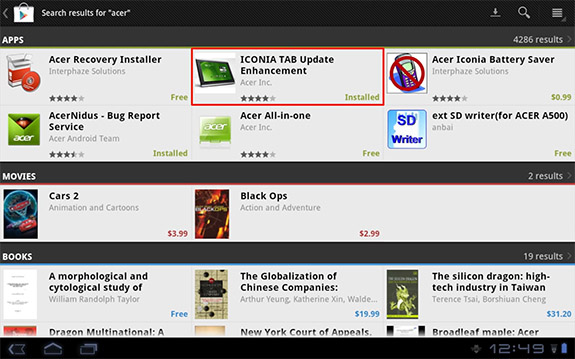