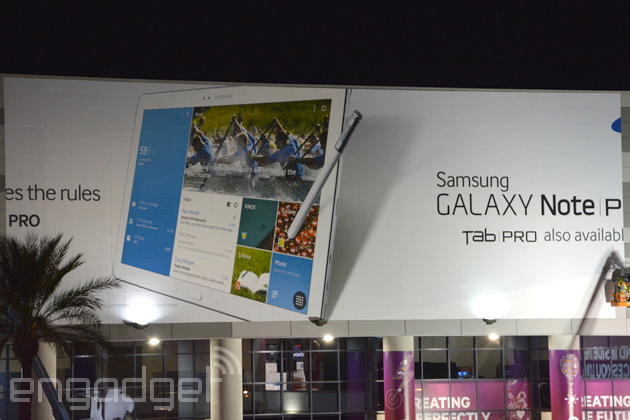 We knew a Pro tablet or two were coming from Samsung, but it’s only today that we get confirmation regarding that. CES 2014 debuts officially tomorrow, but launches will also take place today. Till Samsung decides to showcase stuff tomorrow, they have managed to officially leak some of the goods.

The banner pictured above has been put up over night and it shows the Galaxy Note Pro and Galaxy Tab Pro in full splendor. They appear on a massive ad at the South Hall of the Las Vegas Convention Center. We’ve got a stylus and SIM slot in tow, if the image is to believed and a very clean TouchWiz. The screen size of the Galaxy Note Pro has been rumored to be 12.2 inches, while the Galaxy Tab Pro is said to have two versions.

One will be a 8.4 incher and the other a 10.1 incher. And that’s not all! Samsung is supposed to bring us a Galaxy Tab Lite with 100 euro price tag, a Galaxy Note 3 lite and with a bit of luck they’ll also show a new watch and fitness band of sorts. We’ll find out tomorrow afternoon. 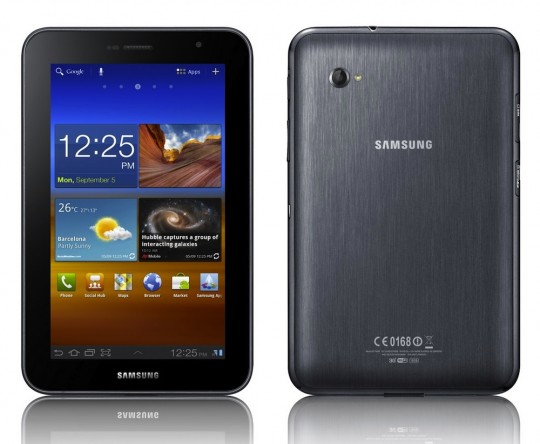