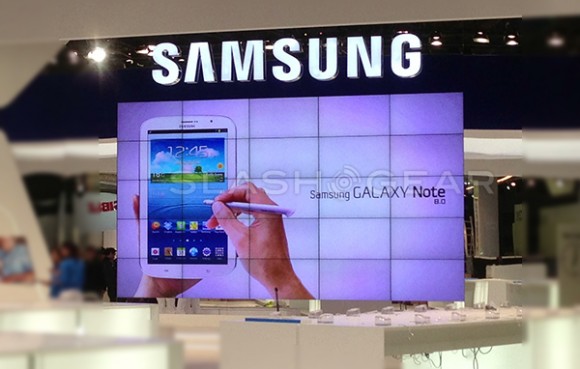 The Samsung Galaxy Note 8.0 tablet was already confirmed by a Samsung official and it was leaked a bunch of times, with the packaging, specs, benchmarks all revealed. Today we start to spot the product straight from MWC 2013, the final confirmation of the product’s existence.

The shot of the device was caught on a large screen inside the new MWC convention location. So, it appears we’re dealing with a slate that’s a bit larger than the Galaxy Tab 7.7 and it adds the cool S-Pen in the mix. The design is pretty similar to the one of the Nexus 10, so the tablet is pretty rounded. The product comes in white and it strangely includes an earpiece speaker that’s characteristic to phones or phablets rather than 8 inch tablets.

I wouldn’t be surprised if this device had phone call features, since the Galaxy Tab 7.7 did as well. From what we know, this model will have 2 GB of RAM, a quad core Exynos CPU, 16/32 GB of storage, a microSD card slot and a 5 megapixel camera, plus a 1.3 MP cam upfront. 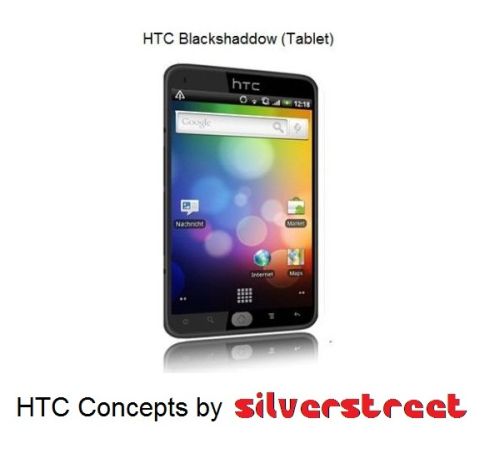 HTC Portrait Tablet Concept, Not Quite the Flyer or Scribe