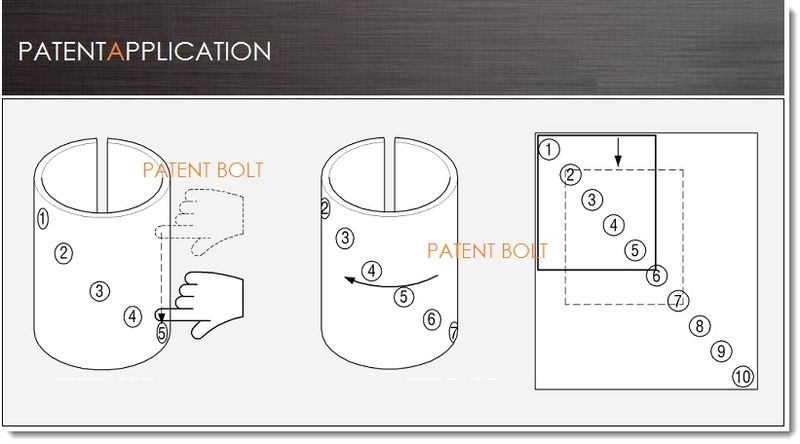 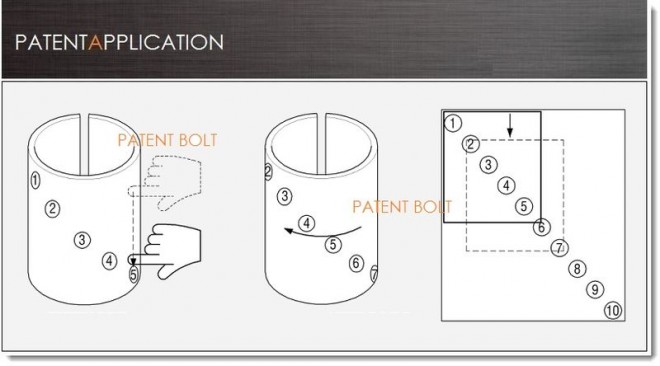 They can be folded or rolled up and there will be some interesting applications for these wearable devices in the future. There are a couple of Samsung projects and patents based on this idea and Youm comes to mind, as one of the samples of the technology. Samsung has a patent that relates to interfaces and involves a bendable device and method. The device may be a mobile phone, a PDA, an MP3 player, an e-book and an ultrasmall PC or a tablet. 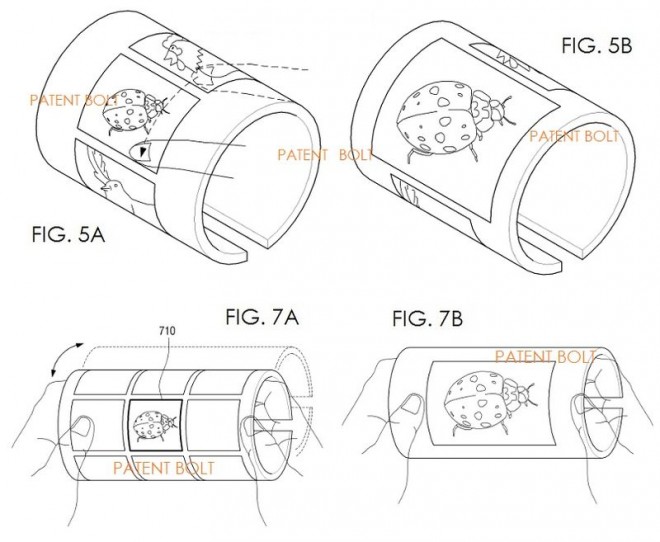 The user command may include various operations like drop touch command input, a circular touch command and flick touch command. Samsung claims that a user can grab a specific area of the display, that ca be displayed in a bar shape and show as many objects as possible with a higher possiblity of finding the right object.

There’s also a mention of the recharging process of the device in the rolled state, while showing notification information. Will this scroll like mechanism work commercially?