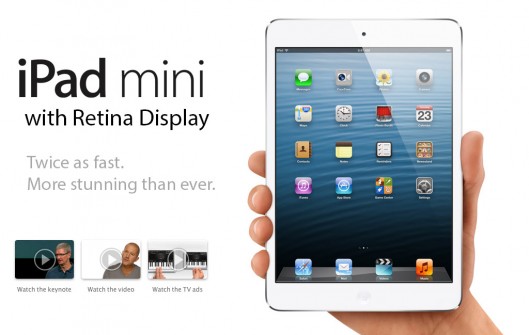 It appears that the Retina Display version of the iPad Mini has been delayed until early 2014, so it won’t debut this fall after all. The problem here is the shortage of Retina panels, apparently and a second gen iPad Mini will only be seen next year.

The info comes from Taiwan’s Economic Daily News and it appears that Apple initially wanted to launch the product in Q4 this year, in time for holiday sales. The shortage of screen panels with Retina resolution affected the plans and now there are rumors that Apple is planning a non Retina model as well, aside from the Retina Display unit.

I have to say that the iPad 5 and iPhone 5S and budget iPhone have leaked much more than the iPad Mini 2, which may also be a hint of the product’s state of preparation. I have to say that an iPad Mini 2 that only upgrades the RAM and CPU and leaves the display the same would be a disappointment for the fans who skipped the first iPad Mini and waited for the second one. What are your expectations regarding this product?