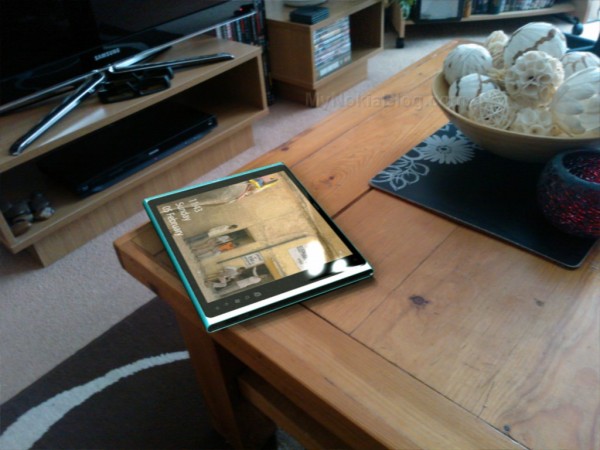 The folks of Mynokiablog were tipped by an insider that we may actually see a Nokia Tablet soon enough, or better said in early 2013. The device is expected to run Windows RT and it supposedly uses the Senna tablet form factor. The Senna was an older project of Nokia, for a device that ran Meego Harmattan.

As far as specs go, we got an 8 megapixel camera at the back and also it appears that the slate will come in a range of colors. If you want a comparison, the product is supposed to resemble the Nokia Lumia Coffee Tablet shown in the image above. We expect this tablet to come at CES 2013 or MWC 2013, but for now this is still a rumor, so nothing is for sure. Nokia is known for shelving promising products, since they did that before.

A selling point for the tablet would be a collection of specific Nokia apps, maybe some navigation software and maybe a crazy surprise: a PureView camera. Obviously, I’m just speculating, but Nokia would have to do something special to one up the Surface RT tablet, don’t you think?