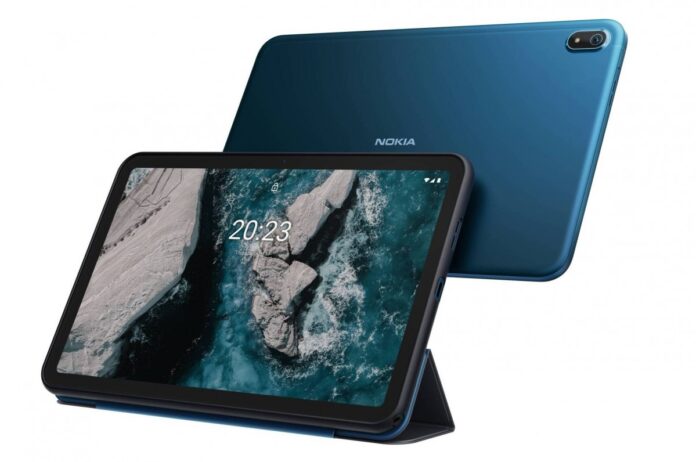 We’ve covered the Nokia T20 tablet ever since it was a mere rumor and now it has just debuted in the United States a bit earlier than expected. HMD Global unveiled the product in India and China and it was ready to start selling it in USA on November 17th. However, it’s already in stock and ready to be shipped to customers.

The device is priced at $249.99 in the United States and comes in just one color option, Ocean Blue. It also comes in a single memory version, with 4 GB of RAM and 64 GB of storage. The Nokia T20 has a 10.4 inch screen with a 2000 x 1200 pixel resolution and a 5:3 aspect ratio. The company claims that the display is protected by toughened glass, but we have no idea which type.

Inside we find an Unisoc T610 processor, an octa core CPU that includes two Cortex-A75 cores clocked at 1.8 GHz and six Cortex-A55 cores at 1.8 GHz. It also provides 4 GB of RAM and 64 GB of storage, a microSD card slot and camera-wise, there’s an 8 MP shooter with LED flash, plus a 5 MP shooter sitting at the top in landscape mode. We don’t see a fingerprint scanner here, but there is face unlock.

It runs on Android 11 with Google Kids Space and Google Entertainment Space. It has the promise of Android 12 and Android 13 as updates. 3 years of monthly security updates are promised here, while the enterprise edition has 4 years of security updates. An 8200 mAh battery is also here, with support for 18W fast charging, good enough for 10 hours of movies and 15 hours of web surfing.