HMD Global held an event today, during which it unveiled a series of lower end phones with interesting design, but also a tablet. The Nokia T10 came to life and it’s got a modest set of specs, as expected. We’re dealing with an 8 inch entry level device, that arrives with the promise of 3 years of software update.

The tablet is available in 4G LTE and Wi-Fi versions and inside we find an Unisoc T606 processor, which is inferior to the T618 from the Samsung Galaxy Tab A8 10.5. It’s an octa core CPU, with 2 Cortex-A75 units for performance and 6 Cortex-A55 units for efficiency. RAM is available in 3 or 4 GB versions and storage in 32 or 64 GB versions, plus there’s also a hybrid microSD card slot. We find a singular back camera here, an 8 MP shooter with LED flash and autofocus, while the front camera is a 2 MP shooter. 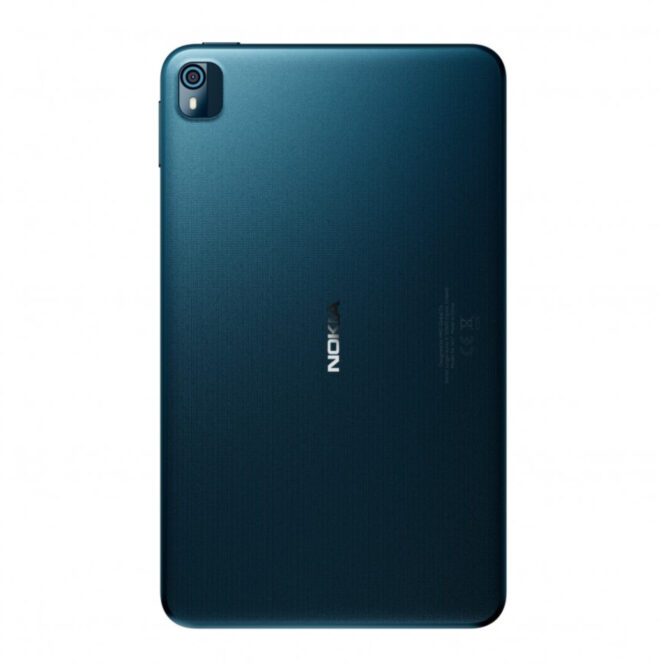 Nokia T10 has an 8 inch IPS LCD display with a 1280 x 800 pixel and it’s certified for Netflix HD. There’s also a 3.5 mm audio jack on board, dual band Wi-Fi 802.11 a/b/g/n/ac, Bluetooth 5.0 and then there’s the version with LTE and a proximity sensor. The battery capacity is 5250 mAh, but charging is limited to 10W. It happens via USB-C. Nokia or better said HMD didn’t forget about stereo speakers and they come with OZO playback. The Nokia T10 can be used as a secondary screen and expansion for the PC display, in order to increase productivity.

It runs on Android 12 and comes with features like Google Kids Space, Entertainment Space. It’s available in a single color, Ocean Blue and starts selling in August, priced at $159.