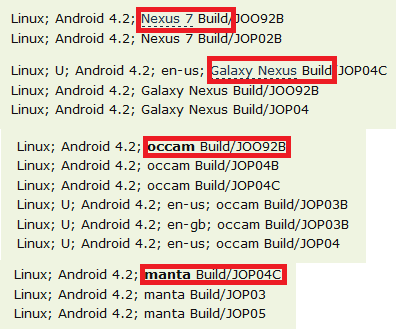 Although we can’t say we’re sure that the next Android will be version 4.2, it appears that this OS is being tested right now on the likes of the Samsung Galaxy Nexus, Google Nexus 7 and some mystery devices. The proof of the devices running Android 4.2 is found on the server traffic logs of Android Police.

Aside from the Galaxy Nexus and Nexus 7, we spotted two newcomers, the Motorola Occam and Manta. If you go by the name Occam, you think about Occam’s Razor principle and then you think about Motorola Droid RAZR. Occam’z Razor means that if there are two theories that make the same prediction, the simpler one is the best. Since it was all about simplicity, Occam could be a Nexus  phone with stock Android 4.2 on board. The other leaked slate is the Manta, possibly a tablet with the latest Android version on board.

Why a tablet? Because the name “manta” is short for “manta-ray”, a naming concept that was used before on other Moto tablets. For example, Stingray was the WiFi version of the Motorola Xoom, while the Wingray was the version of the tablet for Verizon. Speculations say that this might actually be a Nexus 7 with a bigger 10 inch screen, one made by Motorola… Take all of this with a grain of salt, if you would. 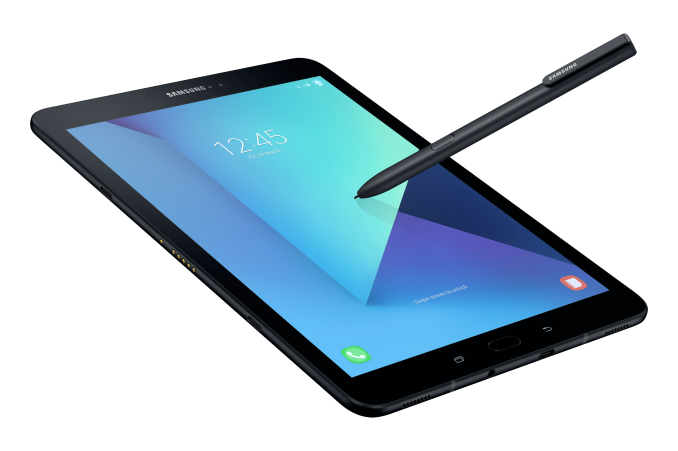