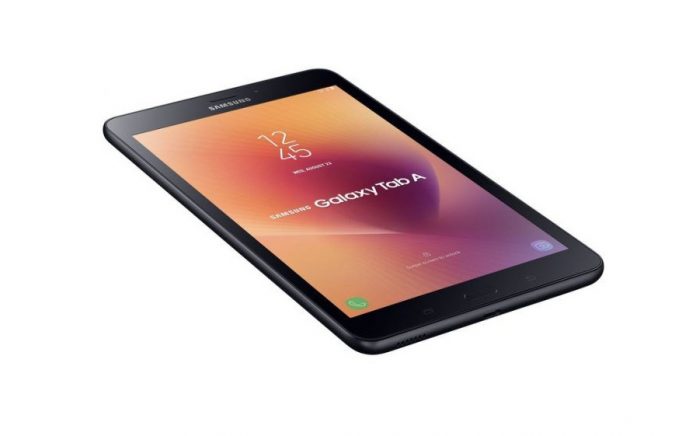 Samsung isn’t stopping with the recently launched Galaxy Tab 10.1 (2019) and the Galaxy Tab S5e, so they seem to be prepping even more tablets. Two such new devices just popped up via the EEC certification, codenamed SM-T920 and SM-T295.

The Eurasian Economic Commission has given its blessing for the debut of the devices, plus their versions that end the codenames with “X”. These devices should be follow-ups to the Galaxy Tab A 7.0 from 2016, which was codenamed SM-T820 in the WiFi version and LTE version (SM-T285). At the same time with the certifications, the SM-T295 was also spotted in GeekBench. 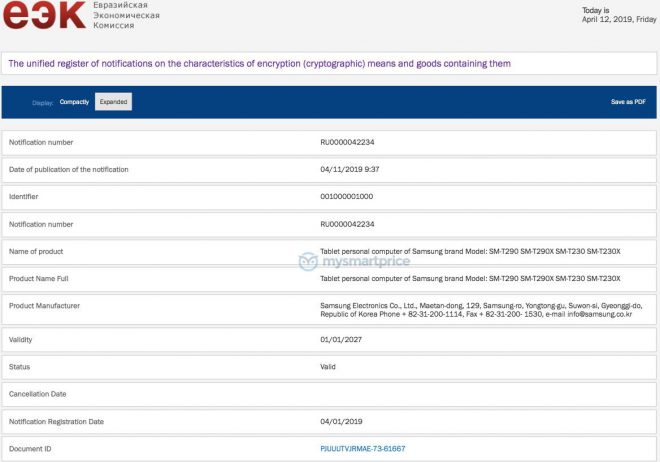 It shows Android 9.0 Pie on board, 2 GB of RAM and a quad core processor made by Qualcomm and clocked at 2.02 GHz. These are entry level specs for sure, but we may also get a superior version with 3 GB of RAM. Galaxy Tab A 7.0 (2016) debuted in 2016 with Android 5.1 Lollipop, a inch HD IPS LCD display and either a Spreadtrum CPU or a Snapdragon 410. 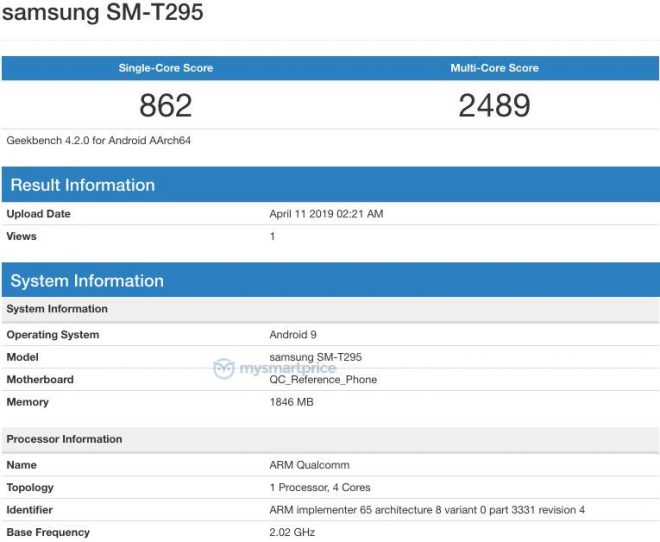