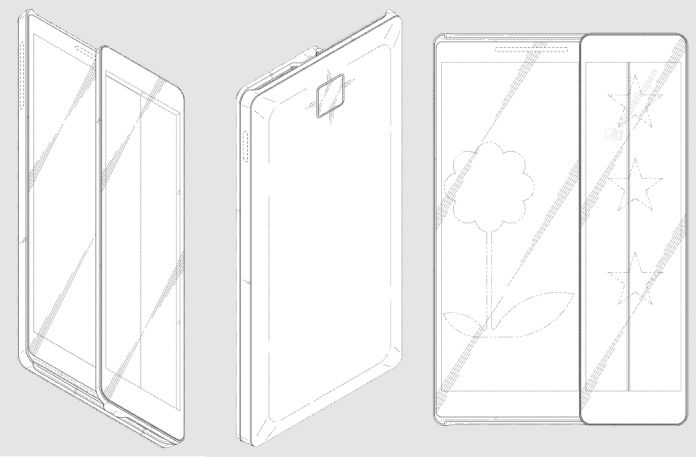 It seems that every day or so we are treated to new leaks regarding a foldable phone, either made by Samsung or Microsoft, or even Oppo sometimes. Today Samsung is the headliner, with a fresh sketch that just popped up online, showing an expandable device.

It’s obviously taken from a patent, which was filed with the USPTO. It’s a retractable smartphone, that has yet to be announced. It features two displays in original format, separated by a border. One of the screens is placed under the main one and can slide from the side, to expand the viewing space. There’s no Home button here and only a single back camera. 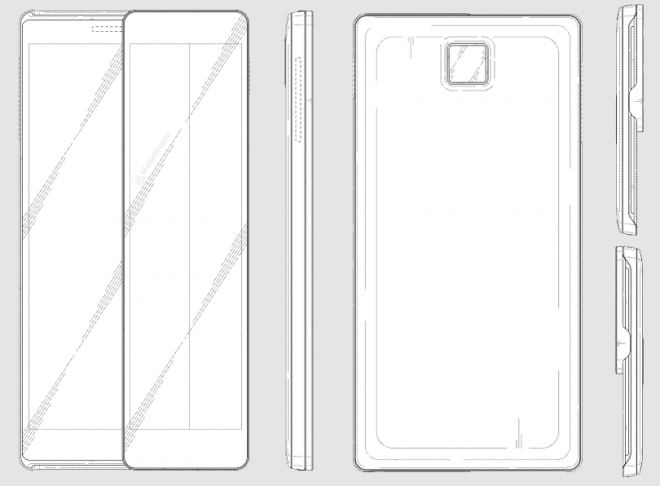 We also can’t see any fingerprint scanner, iris scanner or other biometric sensors. Interestingly the patent also hints at a concept phone from LG, with a similar design. Of course, a patent doesn’t mean we’re going to get the real device, but it’s a hint of the direction things are going. Sliding one screen over the other is an idea that feels like 2006, so the flexibility and hinge may be chosen over it. That requires some smart planning, extra reinforcement for the hinge and a truly flexible OLED panel.

The Galaxy X, as you probably know has been postponed till 2019, so this is certainly NOT it. You know why phones with sliding parts aren’t big anymore? Because they’re very prone to breakage…