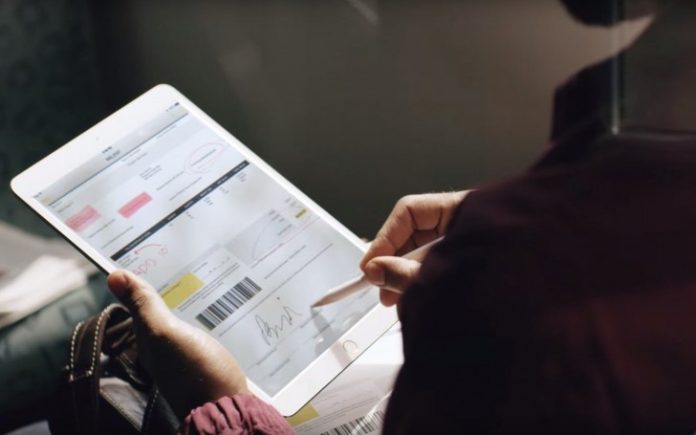 Nobody makes ads like Apple and when we say that we mean it, because they have their own internal advertising section. Gone are the days of long Jony Ive interviews. The latest iPad, the 10.5 inch iPad Pro gets an energetic ad, that you can watch below. Just be careful not to get woozy or sick because of all those shaky cams and transitions.

If I were to describe that promo video with a single word, it would be “versatility”. However, I have one objection referring to the very first second of the ad. Who wakes up to the sound of an alarm from the iPad? We see the Apple Pencil in action, the dock area in iOS 11, drag and drop and Apple’s fresh and so much asked for file manager. Designers, people who work with graphics and even video editors are shown using the device.

Sporting a bezel that’s 40% narrower than the one of the predecessor, the slate should be in stores over the following week. Apple also unveiled a brand new 12.9 inch iPad Pro, but that one got much less stage time. In the video we also saw the Apple Pen being used as a pen, pencil or even crayon. Well, there’s one gross use that will never make it to ads: scratching the inside of your ear.