During the WWDC 2017 Keynote event, Apple announced a couple of hardware products and among them we also have the rumored iPad Pro 10.5 and also a 12.9-inch Pro varianta with some hardware upgrades. So let’s see what we’re getting here and how much the slates cost.

This new tablet offers a 10.5 inch screen with 600 nits brightness and True Tone image technology for a better color reproduction. The front facing panel offers very slim bezels and if you want a comparison, then you should know that the bezels were reduced by 40% compared to the 9.7 inch variant. 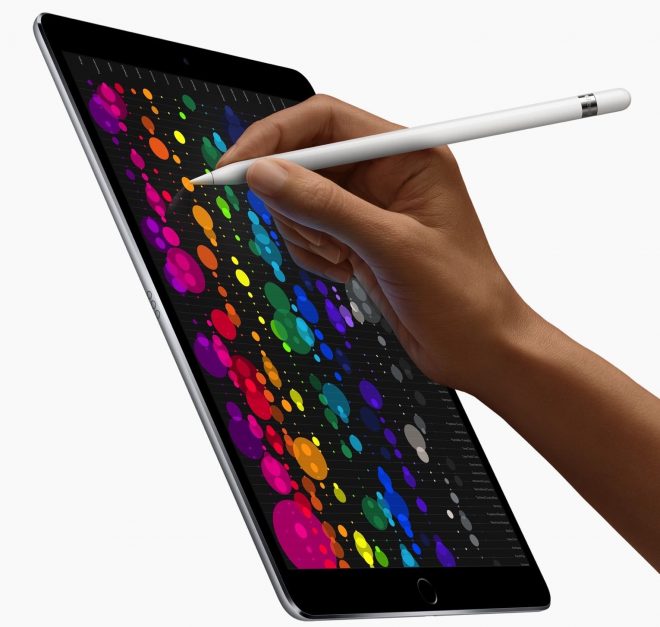 iPad Pro 10.5 inch packs a hexa-core Apple A10X Fusion processor inside and also a 12-core GPU that promises a 40% increase in performance compared to older iPad Pro variant. For FaceTime we get a 7 megapixel camera while on the back stands a 12-megapixel sensor with quad-LED, OIS, f/1.8 aperture and support for wide color and 4K capture.

According to Apple, this new tablet will offer around 10 hours of on-screen time and this time we’re getting Quick Charging. We don’t know how much RAM memory we’re having on board, but in terms of storage, there’s a starting base model with 64 GB priced at $649!

As for the new 12.9 inch variant, this one brings the same hardware specs as the iPad Pro 10.5 inch, but a bigger screen and battery. This slate is priced at $799 for the basic model and you can also get a 512 GB flash storage variant for $1049. Preorders are live now and shipping starts next week for both tablets!