Now that the iPad Mini 2 designs have dialed it down a notch, it’s time to see the iPad 5 in full bloom, courtesy of a leak from an Apple accessory maker. The accessory manufacturer is MiniSuit, who have a vision on how the iPad 5 is going to look like.

They got the specifications of the new iPad’s design early, apparently from a reliable source and they’ve already come up with a case for the slate. MiniSuit sent out the images of the iPad 5 case in order to showcase the differences between the current gen iPad and the next gen one. According to their case models, the design of the iPad 5 will be more similar to the iPad Mini’s with a narrower bezel and slimmer profile.

Leaks of the product have appeared before and also leaks from case makers for potential iPhone 5 units and iPads, that never became real. Of course, even MiniSuit’s product may remain a fantasy, but let’s her them out. So, aside from the slimmer design and narrow bezel, Apple is also rumored to move the microphone to the rear shell. The iPad 5 case here integrates a new microphone placement, with an extra hole in the middle of the rear shell. 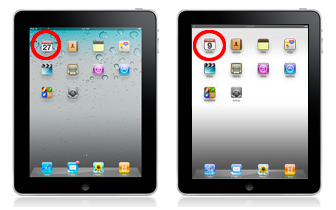