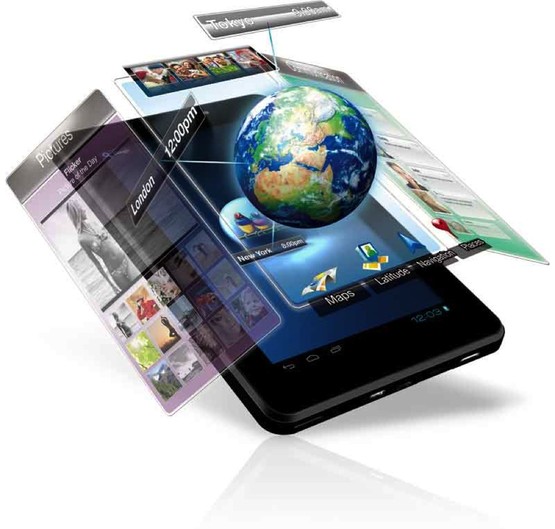 ViewSonic also announced some tablets at MWC 2012, not only a bunch of dual SIM Android devices. They unveiled the ViewSonic G70 and E100 Android 4.0 Ice Cream Sandwich slates and the ViewSonic P100 with Windows 7. The G70 features a 7 inch display with a 1024 x 600 pixel resolution, 250 nits of brightness and 500:1 contrast ratio.

The same device brings you 3G, WiFi, Bluetooth and mini HDMI, as well as micro and mini USB ports. At the back there’s a 2MP shooter and upfront we find a 0.3MP camera for videocalls. Storage is at 4GB and you can add 32GB more via microSD. This is a Google-certified device, so it gets access to Google apps and Android Market. Next up there’s the ViewSonic E100, with a 9.7 inch IPS Screen, 1024 x 768 pixel resolution, a 1GHz Cortex CPU and varied connectivity options, including Bluetooth 3.0, WiFi, HDMI, USB.

There will also be a 3G version of this tablet and other feats include a microSD card slot and support for Android Market. Finally, the Windows side of the tablet affair from ViewSonic, the P100 features a 10 inch IPS screen with a 1280 x 800 pixel resolution, an Intel N2600 dual core CPU at 1.6GHz and Windows 8 support later in the future. WiFi and 3G versions of the device will be available. All 3 slates will come by the end of June. 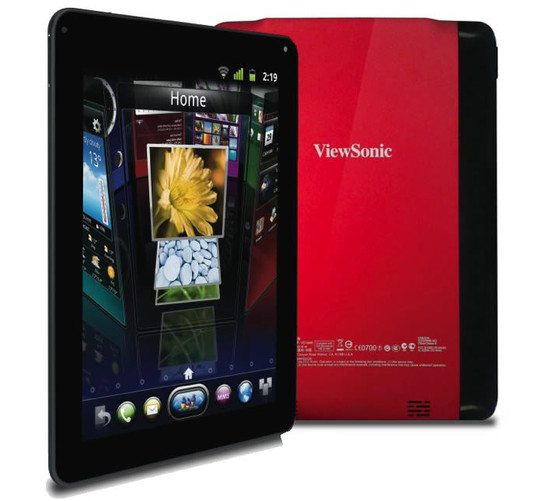 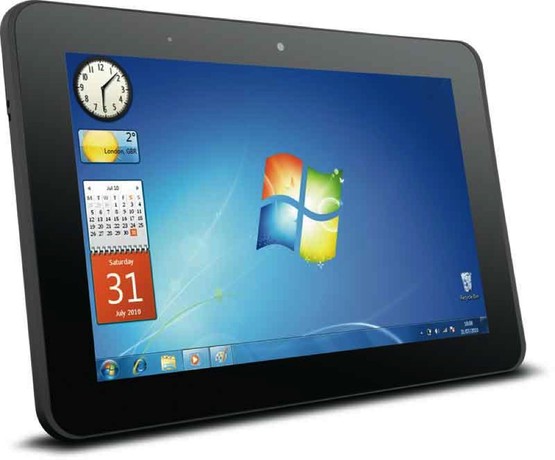