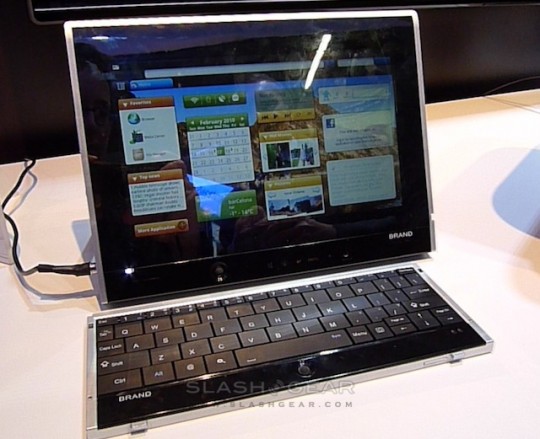 BYD’s Snaptop prototype tablet was shown in action back in November 2009, during a Qualcomm event and this week it was back, during MWC 2010. This time it was a functional unit that the journalists were dealing with, instead of a mockup. The device comes with a touchscreen display, a flip-out kickstand, a wireless Bluetooth keyboard that’s able to dock into the back side of the device and more.

BYD Snaptop runs Android 1.6 Donut, in a customized version, using desktop widgets and enhancements. The device can also be used as a digital picture frame and we learn that it comes with a finger-friendly interface, a Qualcomm Snapdragon QSD8250 CPU, Bluetooth, WiFi and possibly 3G, although we’re not sure about that.

Here’s the hands on video of the device and we’re looking forward to seeing it on the market: 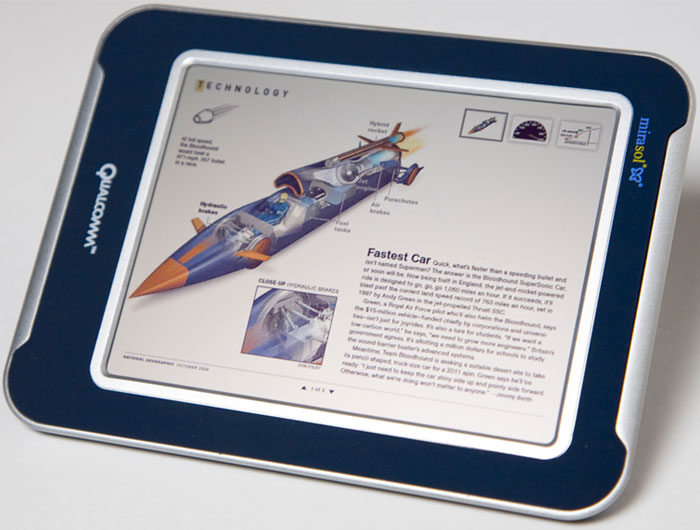