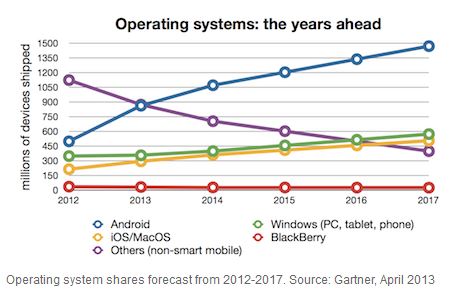 Research Group Gartner has a bunch of results regarding tablets that will most likely scare Microsoft and their cohorts. Gartner has published its forecast about Operating Systems and they claim that Microsoft may become irrelevant in the near future, meaning in the next 4 years.

That happens unless they can actually register progress in the smartphone and tablet area. Shipments of Android devices will certainly beat Windows PCs and phones by 2017 and with this happening what’s left for Microsoft to sell? Apple devices are also expected to match Microsoft platform devices in term of units sold. Want to hear something strange? The same Gartner team predicted that Windows Phone would overtake iOS market share in 2015, that seems very unlikely, so they don’t always get it right.

Over the past days there has been a lot of talk of how tablets will take over the world and PCs will become less important. Phones and slates will rule the market in about 3 years and with Microsoft failing to make Windows 8 stick in the general conscience, I wonder how they are going to survive the post PC era? 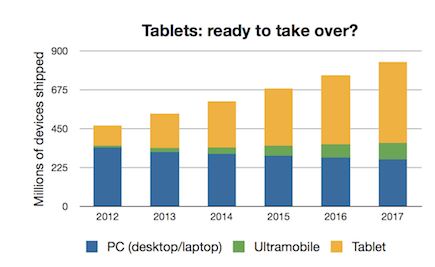