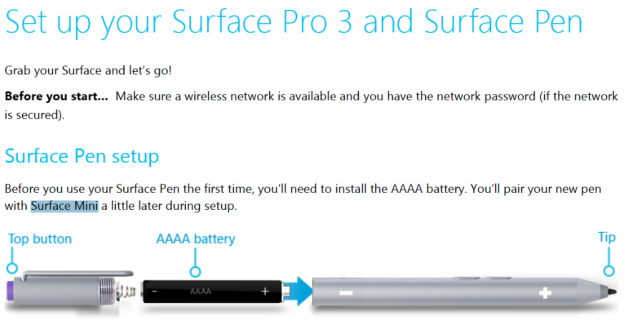 Surface Mini appears in a tutorial on how to use the Surface Pen, a tutorial that sounds like this: “Before you use your Surface Pen the first time, you’ll need to install the AAAA battery. You’ll pair your new pen with Surface Mini a little later during setup”. We find out that this mention of the Mini tablet isn’t just an accident.