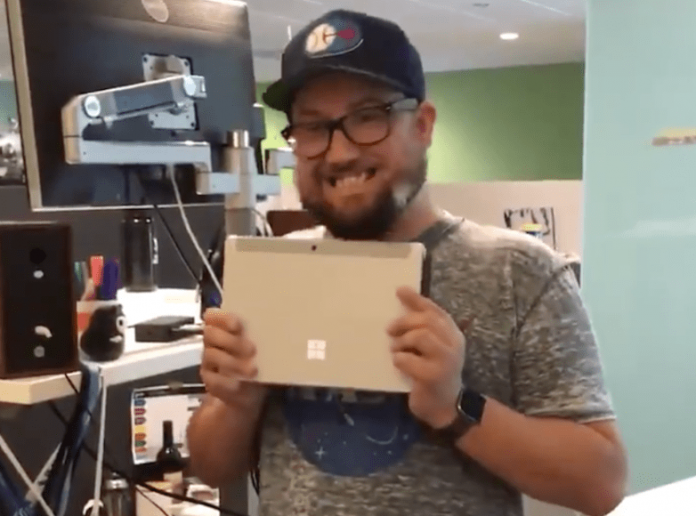 After hyping the Microsoft Surface Go with ads and offering us a third version of the device, now Microsoft is also giving it a posh unboxing. The 10 incher is expected to be released in stores next week, but some lucky Windows Insider folks got to play with it early.

Dona and Brandon LeBlanc are the lucky folks who you can see getting their mitts on the device below. The first video shows the people going through the packaging and a member from the Microsoft PR team was also there to guide them through the process. The first impression? This is a very light device, perhaps even lighter than expected. Brandon claims he likes the curves of the device, although frankly speaking I find it to be rather angular.

We broke into where PR hangs out and unboxed a #SurfaceGo! Part 1 here starring @brandonleblanc 🔥🔥🔥 pic.twitter.com/bxzAYWo9dU

The plastic than comes off and the folks ask permission to do inking and browse the web on the device. In the second video we learn more about the kickstand, the USB Type-C port and microSD card slot, plus the fact that there will be a LTE version later on. We also see how the pen can attach to the device at some point. Now it’s time for some honesty: we’ve all been there, welcomed into a HQ and asked to handle some unlaunched device.

It’s a lot of pressure so you have to be polite, I know. But let’s not pretend this thing is pretty. Its’ got a 2011 looking antenna at the back, it looks bulky and massive, the kickstand looks cheap and the bezels are huge… Emperor’s New Clothes anyone? 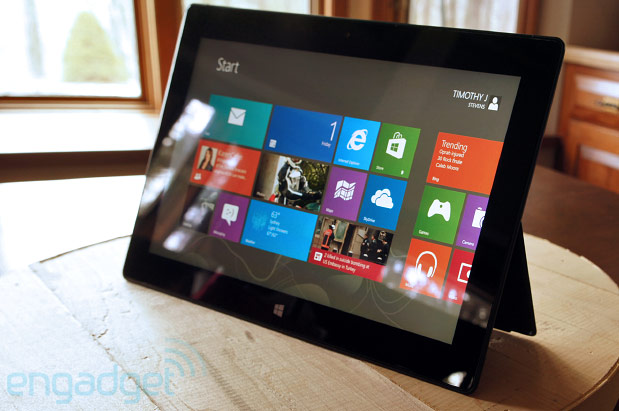 Microsoft Surface Pro Ready to hit the UK on May 23rd,...