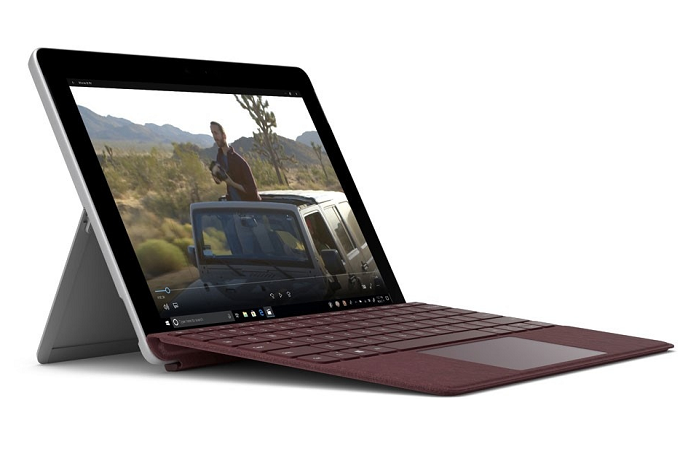 It’s heavy marketing time! Microsoft just released a series of ads for its Microsoft Surface Go. The product was unveiled two weeks ago, as the $400 Surface tablet for everyone. It’s clearly a rival for the Chromebooks and cheaper iPads. Let’s check out the ads.

One of them emphasizes the easy way of alternating between work and play. Well, running Windows 10 S means you’re stuck with Windows Store apps, so bye bye gaming, unless you only want endless runners. There’s also an add focused on Cortana and showing a pretty versatile Type Cover. Another ad shows the device syncing files, photos and more with the iPhone and other devices, all on the go.

These are punchy, dozen seconds ads, with the promise of all day battery and without showing human faces. They just show hands, meaning this appeals to the general public, not just business men or students. Secure sign in and face unlock are also showcased in the final ad, courtesy of Windows Hello. I see a predilection for promoting the Burgundy colored model.

The device can be bought from the Microsoft Store.