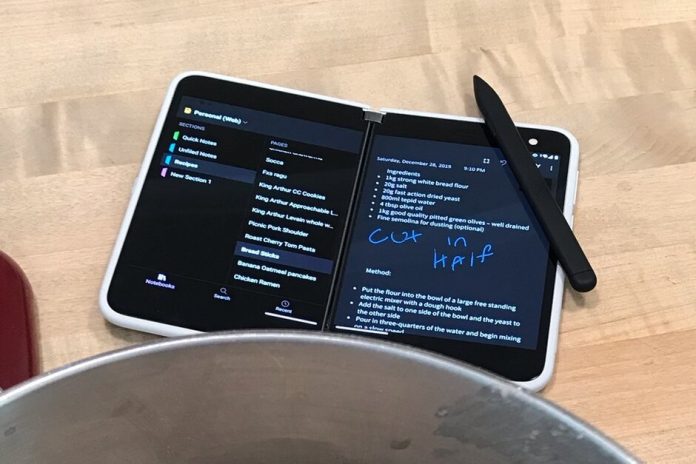 I’ll remind you that the gizmo was unveiled on October 1st and was promised to debut during the holiday season of 2020. Recently its development seems to have accelerated and we were definitely headed towards a summer release. The dual screen Android smartphone appeared on Twitter with a case on and with a Surface Slim Pen on top of the screen. Apparently, the handset was casually put to good used in order to cook, listing a few recipes on the dual panels. 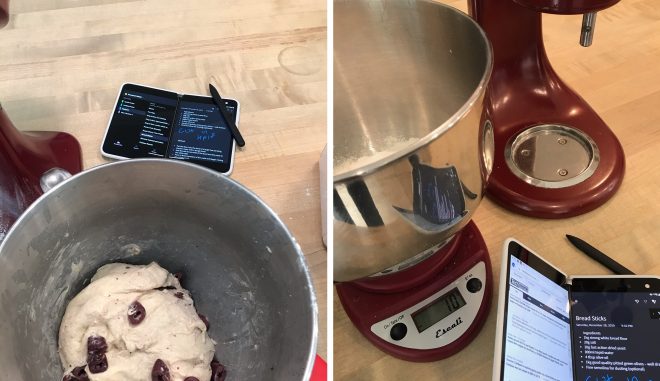 Handwritten text was there and Mr. Shaw was ready to cook some bread sticks. I guess someone must miss the Olive Garden… Anyway, this dual screen phone, which has been long rumored as the Surface Phone should come in weeks from now. We’re curious to see if the Snapdragon 855 processor has been upgraded, if we do get more than a singular 11 megapixel camera and if the bezels and general format have been reduced. Reportedly, the device will get upgraded to Android 11 soon after launch.

This is definitely not a foldable phone, but rather a dual screen machine, with the screens clearly separated and held together with a hinge. This is also the first time we see a stylus interacting with the device. It’s not yet clear if it will be bundled with the device, or bought separately. It would be nice if we could attach it magnetically to the side though…