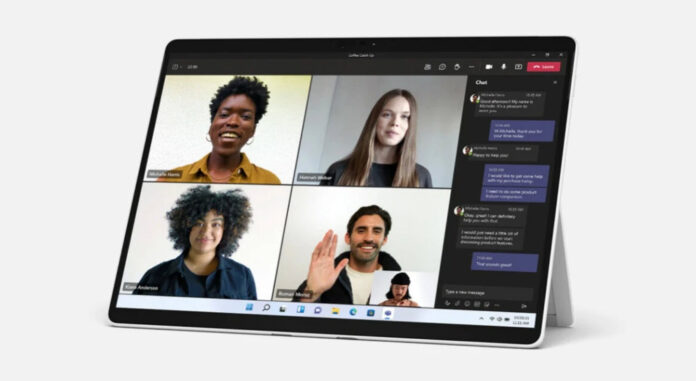 Microsoft is said to hold a big Surface event in October, where it would unveil new Surface Pro, Surface Laptop, Surface Studio models. With this in mind, leaks were to be expected, including the fresh one for the Microsoft Surface Pro 9, which was just spotted on the FCC.

The device has a 5G ARM chipset inside and it should come with new features on Windows 11. It also has Wi-Fi 6 and 5G version and turns out that the ARM version isn’t alone. We’ll also have Intel versions of the device. Surface Pro 9 starts from the 128 GB storage model, but it will also come in 256 GB, 512 GB and 1 TB storage configs. Memory options include 8 GB RAM, 16 GB and even 32 GB. The 5G enabled Surface Pro 9 will most likely be powered by a Qualcomm Snapdragon 8cx Gen 3 chipset, while the other version will rely on Intel’s 12th Gen processor.

Sadly no other details about the Surface Pro 9 are known, but we can speculate based on the Surface Pro 8 specs. The predecessor had a 13 inch screen with a resolution of 2880 x 1920 pixels and 120 Hz refresh rate. There should also be a better battery here and a new Type Cover with a new color and design. The FCC documents also mention Qualcomm’s Smart Transmit 3.0, which was added to the Snapdragon X70 modem chip, in order to extend 5G coverage and improve the uplink speeds.