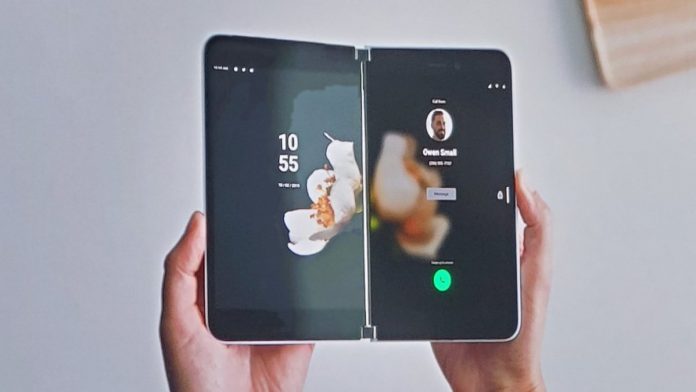 Back on October 2nd when Microsoft introduced its latest Surface lineup, we were kind of underwhelmed by the Surface Duo and what appeared to be a lack of cameras. The long awaited “Surface Phone” was upon us, but still far from its Holiday 2020 debut date. Now Panos Panay, the Surface team boss sets the record straight.

There was another Surface event in Berlin recently, where Panos Panay explained the approach taken with the cameras. Turns out that some people spotted a giant rear camera o the Surface Duo at the event on October 2nd. The design didn’t seem to appear again at the Surface event in Berlin. Panos Panay, Microsoft’s Surface Chief and manager was asked about the back camera, obviously.

He claims that the final version of the dual screen phone should have a world class camera and MS is working on it. Microsoft also patented a thin camera system for front cameras recently able to fit within a very slim device. Honestly, I can’t see Microsoft pulling off a world class camera on this device without the aid of a big company. Names like Canon, Nikon come to mind, Leica and Zeiss too… just spitballing of course.

They might do it themselves and obviously use a Sony sensor or two. Things are more complicated now compared to the Lumia 1020 times and people aren’t able to wait seconds for a capture to be done. I’ll believe the “world class” camera when I see it.