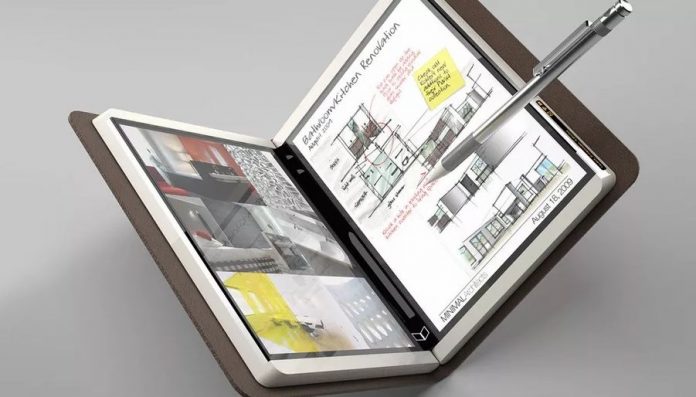 Microsoft has started showing off a new Surface device to insiders and it seems to be a different format this time. We’ve heard through the grapevine that the newcomer will be a dual screen machine, that may be inspired by the Microsoft Courier.

The info comes from the The Verge and it seems that the company already held a special event for its insider team. It showed a sizzle video for the new Surface lineup and it included the dual screen prototype hardware. There was so much hype, that employees formed a line to see the newcomer, apparently. Microsoft has been working on a dual screen device for a while know, known under the codename Centaurus.

Two years have passed with the product in development and we can’t help but wonder if this is in any way related to the Surface Phone project. Sources have compared the device more with a Microsoft Courier, rather than the Surface Phone or Andromeda. However, the Centaurus is said to be much larger than Andromeda, leading us to believe it’s a whole different project.

Centaurus may be a Windows Lite device, if everything goes well with both the hardware and software. Windows Lite devices are said to be dual screen models meant to compete with Chromebooks. Also, Windows Lite is a stripped down version of Windows, that’s meant for dual screen action. Intel is apparently the one pushing OEMs to work harder on this category of product.

It’s trend that’s manifested nowadays as dual screen laptops, foldable display devices and more. If the Dual Screen Surface is well received internally we may see it with the refreshed Surface lineup this fall. In the meantime Microsoft has xCloud novelty to show at E3 2019.

Windows Netbook Sales Hurt by the iPad, According to Microsoft Product...