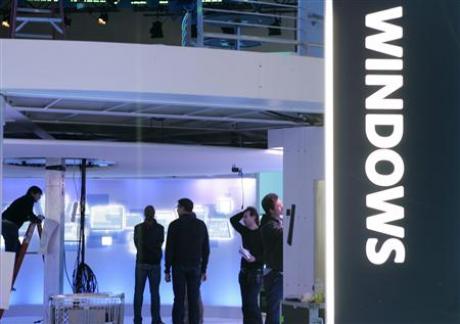 If we were to believe a conspiracy theory, all major PC making companies are rushing to get tablets out before Apple makes its big announcement on January 26th. So, it’s no surprise that we just learned Microsoft Corp and Hewlett-Packard Co. are getting ready to announce a tablet PC today, according to Reuters.

Microsoft’s tablet device will pack multimedia features, multitouch support and it’ll go on sale in mid 2010, according to a New York Times report. This isn’t the only company with a tablet to unveil in the next hours, since CES 2010 is going on in Las Vegas these days and Qualcomm Inc plus Nvidia are also prepared to show the world smartbooks based on their chips.

It’ll be difficult for Microsoft and HP to top Apple’s device, but HP have the expertise of the TouchSmart swivel screen convertible laptops and their touch netbooks. One should also keep an eye on Motorola, Dell, Asus and even HTC these days, “tablet-wise” so to say.