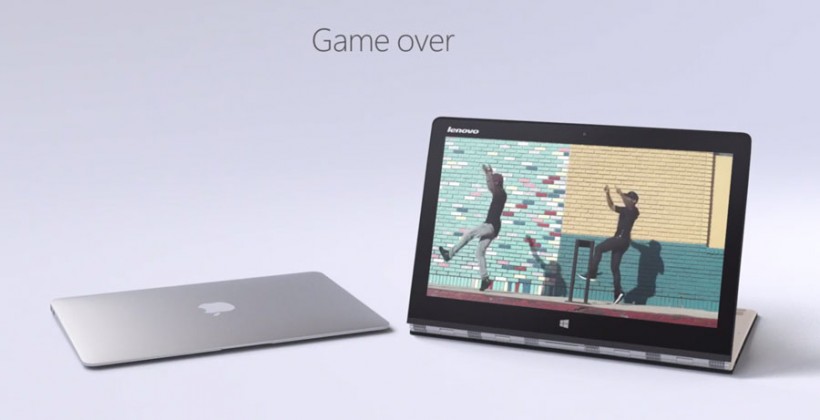 Lenovo shows us it doesn’t need Ashton Kutcher to look cool in an ad, so it takes on the MacBook Air in a brand new commercial for the Lenovo Yoga 3. With some cool music in the background, the two battle it out, in thickness, format friendliness and ease of use. 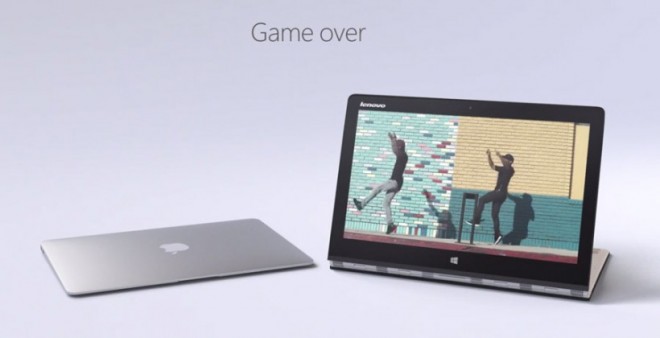 The Yoga shows us its multiple use modes, brags about having a touchscreen, while the MacBook Air clearly doesn’t and also highlights the tent mode usage, as well as the tablet mode. It’s not the first time I’ve seen such approaches, with the Surface Pro 3 also being compared to iPads or even MacBook Air models. The Surface has been shown to run editing programs and offer more flexible viewing angles.

The Yoga 3 Pro is even more flexible, with its varied formats and use angles. However, this time the two products in the ad are actually similar in size, unlike the Surface and the Macbook Air. At a basic level the two are also very similar, because Lenovo Yoga 3 Pro is seriously considered a notebook and doesn’t have as big an amount of tablet DNA in it, as the Surface Pro 3 does, so this ad makes more sense.

The Yoga 3 Pro also stands out through a truly unique hinge, that feels like a watchband, being made of circular parts that overlap each other like a tank’s tracks. What do you choose? 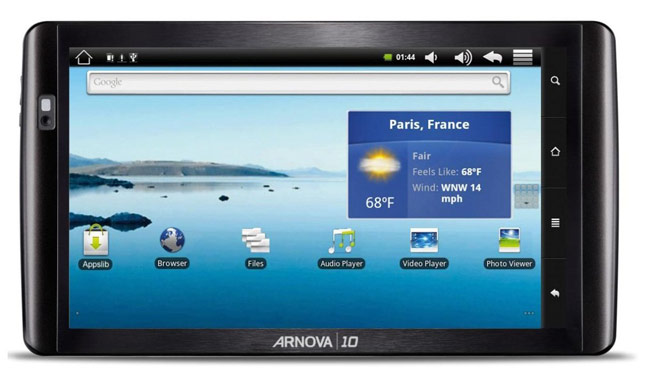